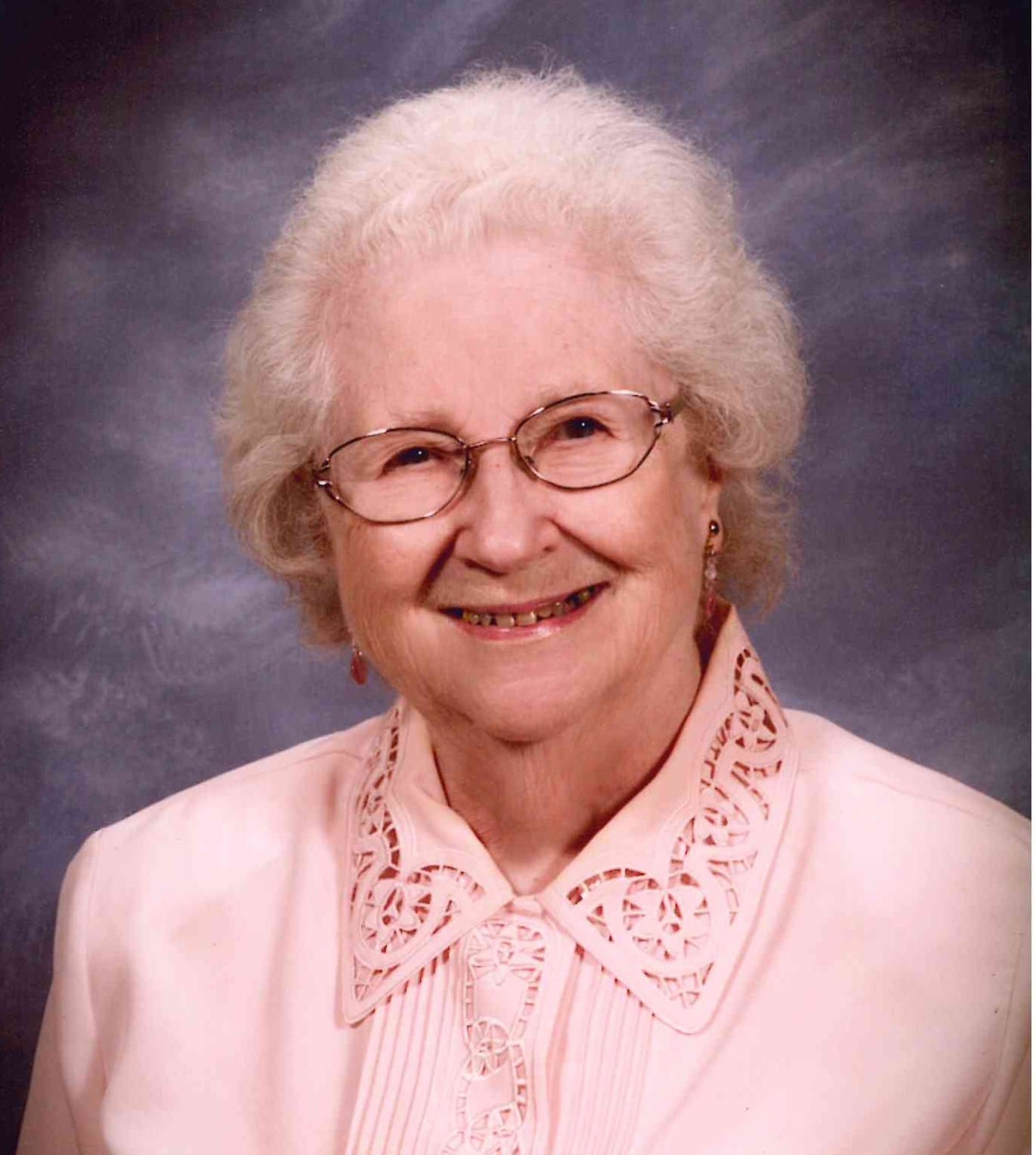 Daisy was born January 2, 1920 to John Guy Minton and Edna Geraldine Minton of Albany, Oregon.  She was a graduate of Salem High School and earned her teaching degree from Monmouth Normal School and taught grade school in both Tillamook and Hood River, Oregon.

She Married Allan Pollock Tweeddale in Trinidad, Colorado on Christmas Day of 1941.  The couple eventually moved to Kansas City, Missouri and had three children.  Daisy was an active member of North Cross United Methodist Church where she wrote and taught her own Bible studies for over 40 years.  Daisy was also a published author of a Bible Study series called Dear Christian Friends; a study of Paul’s letters and journeys.  She was a woman of deep faith and great love for God and His Word.

She will be remembered for her bright smile, her caring, compassionate nature, her funny sense of humor and her love of family.