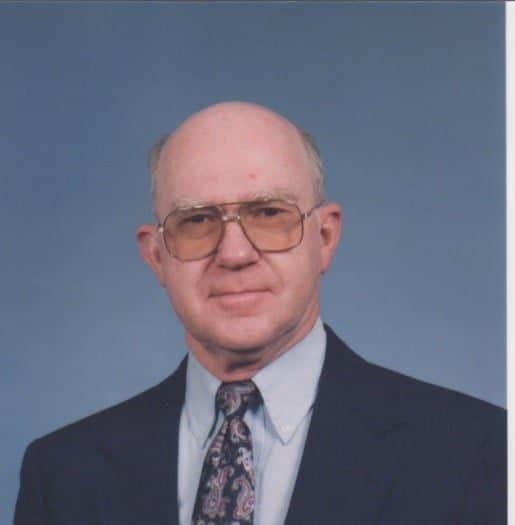 Lowell Dale Hagerman, 82 of Warrensburg, passed away Friday, July 13, 2018 at his home. A Funeral Service will be held at 11:00 a.m. on Wednesday, July 18, 2018 at Grover Park Baptist Church in Warrensburg with the Dr. Randall S. Neal officiating. An open casket visitation will be from 9:30 a.m. until the service at the church. Burial will take place in Pleasant Ridge Cemetery in rural Polk County just southwest of Aldrich, MO.

Dale was born September 29, 1935 near Aldrich, MO in Polk County the son of the late Lowell and Zola Mae (Dobbins) Hagerman. He grew to adulthood in the Eudora community and graduated from elementary and high school from Morrisville Schools. Dale and Joyce Lynn Aurig of Pilot Grove, MO married April 25, 1980. He was a Christian of Baptist faith, active in Churches where he lived and worked. He has been a longtime member of Grover Park Baptist Church and a 40 year member of the Optimist Club in Warrensburg.  He attended college at SMS and University of Missouri. He was granted a Bachelors in Education (Vocational Agriculture) and a Masters in Agricultural Economics from University of Missouri.

He served in the U.S. Army for 2 years from 1958-1960 as a military pay specialist. He was active in the transition from an army-wide pay system based on cash payments issued directly to personnel. This old existing pay system was changed during 1958-59 to computerization. The new system utilized vouchers prepared on a typewriter by the local pay specialist which then went to a multi-state regional Army finance center where the data was key punched onto a punch card, run through a central computer which then issued another punch card which was the serviceman’s pay check. This was considered great progress and did eliminate problems of keeping up with large amounts of cash at each local army unit. Dale served as Instructor of Vocational Agriculture at Golden City, MO High School and at Skyline High School, Urbana, Missouri. He was employed 34 years and 7 months by University of Missouri Extension Division as an Extension Farm Management Specialist. In this position his primary responsibility was to provide information and teach management skills, which increase the overall profitability of farmers. Sometimes these activities provided a onetime answer to current farm or home problems but the intention was to teach clients improved management skills and practices which could be used many times over. Dale enjoyed this work, which was sometimes described as “Helping people help themselves.”