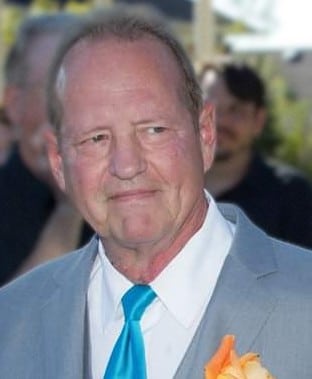 David was born June 10, 1953 in San Rafael, CA. David was preceded in death by his parents, Matt and Virginia (Gilbreth) Brown and his sister, Joyce Brown, and his grandparents.

David was survived by his children – Micheal Brown of Portland, Oregon, Katie Brooke and her husband, Chris, of Braymer, Missouri, grandchildren – Anna and Henry, and the mother of his children, Sara Brown. His sisters, Sharon Seutter of North Kansas City, Linda Taylor of Arkansas, and a brother Terry Brown (Jan) of Ozark, Missouri. David is also survived by many nieces and nephews and a host of friends.

David had a great love for fishing, hunting and anything to do with the outdoors. He was very creative and loved working with his hands. He also enjoyed long walks with his dog, Gus. David was always there to lend a helping hand or a listening ear to anyone who needed it, and was well known for his generous spirit. David was beloved by his family and friends, and will be greatly missed.

Due to the recent outbreak, services to be announced at a later date.