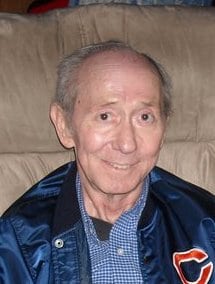 David (Dave) Forbes, 67, of Raytown, MO passed away peacefully on Saturday, June 9, 2012.   He was born on July 4, 1944 in Independence, Missouri, the son of Frank and Alice Forbes. He graduated from Van Horn High School in 1962.  Dave was an Eagle Scout in the Tribe of Mic-O-Say. He was known as Little Calling Turtle in the Boy Scouts of America, Troop 206.  Dave was a veteran of the Vietnam War serving eight years with the United States Air Force. He proudly served two tours for his country as an Airborne Morse Code Intercept Operator and was a recipient of several medals including the Distinguished Flying Cross.  He was a retired disability claims manager and was also a member of the VFW and American Legion.

He was a loving father and grandfather and enjoyed playing cards and trivia, in fact he was the history trivia king. Dave always had a smile and kind words for everyone. He was encouraging and supportive, loved by everyone and he will be greatly missed.

Visitation will be at First Assembly of God, 9800 East 350 Highway, on Saturday, June 16th at 3 pm. The funeral will be at 4 pm following the visitation with graveside service to follow at Floral Hills Cemetery. (arr. Heartland Cremation & Burial Society, 816-313-1677)