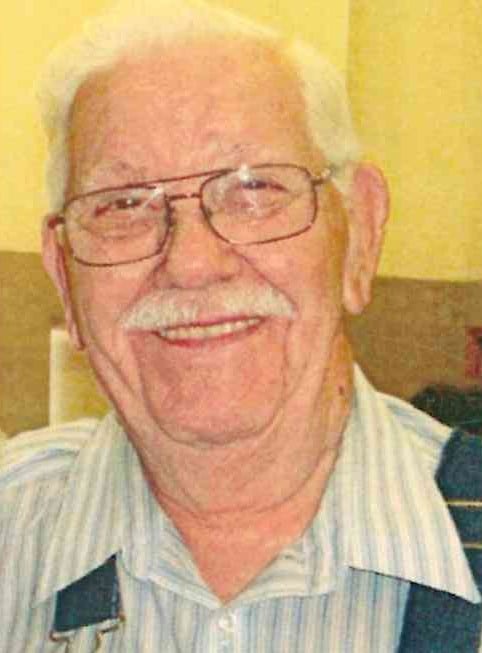 Dean was born on March 1, 1933, to Wayne and Georgia (Benson) Pfaffly.  He grew up in White Cloud, Kansas and graduated from White Cloud High School in 1950. He had a close relationship with his grandmother, Effie Benson, who he lived with for 8 years. Dean had a gift for understanding and working with machinery, which took him to five different schools across 5 states learning technical and industrial trades. His skills and innate gift led him to create a camera that later was used for medical imaging.  At the age of 18, Dean enlisted in the Air Force and was later medically discharged. He returned to White Cloud and married Patricia (Collins) Pfaffly, on September 1, 1951. Soon after they would start a family together and raised three children, Linda, Dean Jr., and Melissa.

Dean was preceded in death by his parents, Wayne and Georgia Pfaffly, siblings, Darrell and Alan Pfaffly and his daughter Linda Sue (Pfaffly) Wilper and son-in-law, David Wilper.

Dean, who was a Mason and Shriner, will forever be remembered for his faith, patriotism, and profound love of his family. He had a wealth of knowledge that spanned all things mechanical. He was resourceful, creative, talented and relentless when he put his mind to a task. He was a true jack of all trades with an unwavering curiosity about how things worked. He never met a stranger and left a lasting impact on everyone he met. That affable nature had him in the company of people like George Jones, Loretta Lynn, Patty Paige and personally knew President Harry Truman. Putting to rest that you can’t teach an old dog new tricks, he was very active on Facebook where he chronicled his life in poems, showcased his creativity and shared his passions (and a million photos) with his 377 Facebook friends. He will be forever missed.