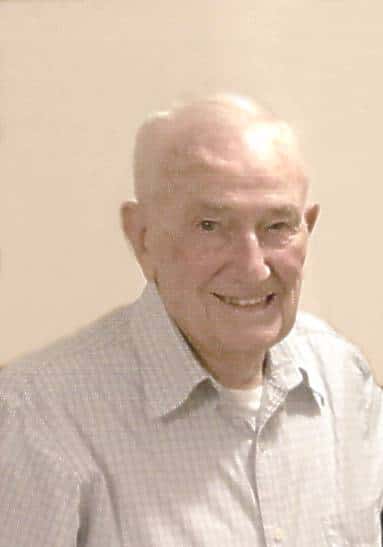 Donald Edwin Cochran, age 85, passed away at his home in Independence, MO, on Monday, December 30, 2019, with his beloved wife by his side.  He was born on June 2, 1934, in Bennington, KS to George Cochran and Nancy (McDannald) Cochran. He was married to Nancy (Watson) Cochran on September 6, 1987, and they shared 32 wonderful years together.

Even though Don and Nancy fulfilled their traveling dreams by land, air and sea during retirement, their most frequent destination was Truman Lake.  Don was an avid fisherman and boat captain who loved reading westerns and history books. Some of his favorite pastimes at the lake included cruising on the pontoon, fishing with the family and tubing with the grandkids (Lindsey, James, Mason and Brandon).  And when he couldn’t be at the lake, he was ever ready to try his luck at the nearest casino.

Don was a loving husband, father, stepfather, grandfather, great grandfather, brother, uncle and friend who will be remembered for his patience, generosity, kindness and sharp wit.  He is survived by his wife, Nancy, and their 2 fur babies; daughters Nancy Mainard (Dan), born to Barbara (Johnson) Carlyle, Pamela Cochran-Stevens (John) and Julie Evans (Doug), both born to Judith (Ralston) Lero; and stepchildren Kimberly Adams, Robin Yates (Robert) and Gregory Adams.  He is also survived by his sisters Mary Turner and Irene Cochran, 6 grandchildren, 10 great grandchildren and several nieces and nephews. He was preceded in death by his parents, brothers Gene Cochran and George (Butch) Cochran Jr., and brother-in-law Bill Turner.

A Celebration of Life will be held on Wednesday, January 8, 2020, at Heartland Chapel, 6113 Blue Ridge Blvd., Raytown, MO 64133, with visitation beginning at 2:00 PM and the service at 3:00 PM.  In lieu of flowers, memorial gifts can be made to KC Pet Project or Wayside Waifs.