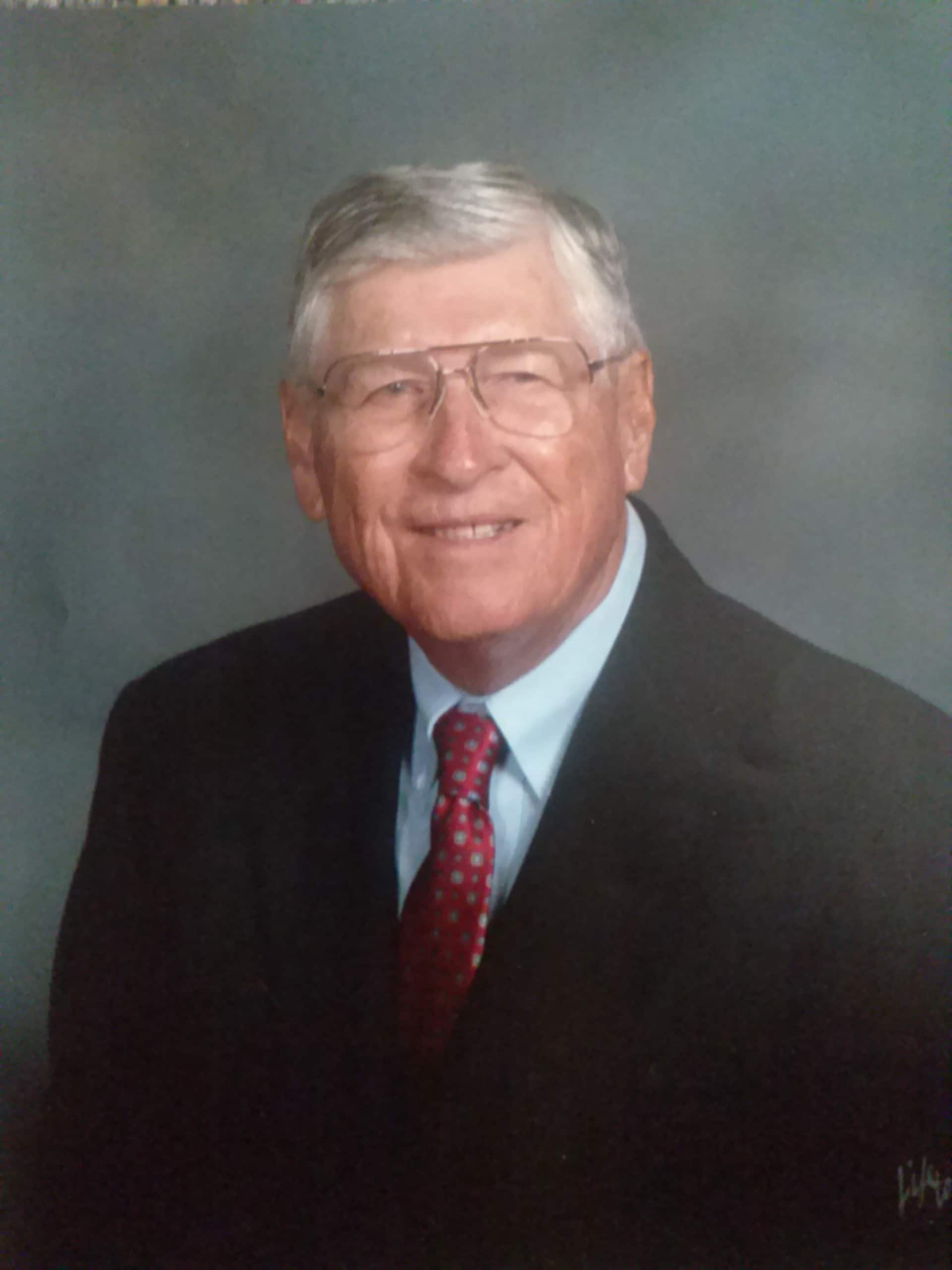 Don was born in Bush City, Kansas, and attended schools in Garnett and Fort Scott, Kansas. He was a member of Phi Sigma Epsilon fraternity and graduated from Pittsburg State College in 1947.

In 1943, Don joined the U.S. Army and served in the 87th Infantry Division which was part of Patton’s 3rdArmy and involved with the Battle of the Bulge.  While in service he traveled through France, Belgium, and Germany.

He met his bride to be, Helen L. Wright, on a blind date, and they were married on August 17, 1947.  He and Louis Michels became partners in the early ‘60’s and established Yerkes-Michels, CPA firm which is still in operation today.   He was recognized as a leader in his field and was named to serve as president of the Kansas State Board of Accountancy.  Not only did he take pride in his business, but truly relished the friends he made during his time in business.

Tallgrass Creek Retirement Community, Overland Park, Kansas became his new home in 2010.  During these last five years, Don joined a creative writing group and published a book of his memoirs, “Life Stories and Other Trivia”.  He discovered his passion to write and entertained his new community at Tallgrass with daily messages written on a white board placed outside his door.  His friends and family will always remember Don for his homemade signs, little notes, funny jokes and the enjoyment of shared meals.

Don loved to participate. He served with many organizations as either a board member, officer or volunteer in Independence and at Tallgrass.  Some of these include, First Presbyterian Church Trustee and Deacon, Citizen’s National Bank Board, Neewollah Board (Grand Marshal), Community Chest Board, Dry Holes Investment Group, Independence Country Club, Food Bank Warehouse, Optimist and Lions Clubs, Community Chest, Meals on Wheels, Tallgrass Hospitality,  KC Church of the Resurrection Bulletin Group and many more.

Don leaves a legacy of inspiration, graciousness, positive attitude and witty humor. A true gentleman, he and his jokes will be missed by family and friends forever.

A Celebration of Life will be held at the First Presbyterian Church, Independence, Kansas on Friday, August 28, 2015 at 1:00 p.m.

A second Celebration of Life will be held at Tallgrass Creek, Overland Park, Kansas on Monday, August 31, 2015 at 3:00 p.m.  Family and friends are invited to share  stories and memories of Don.