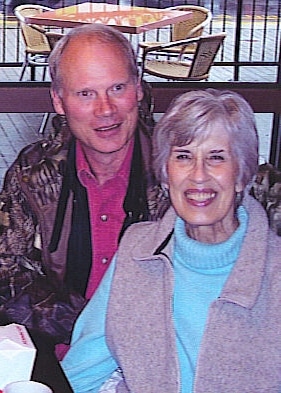 Dorothy K. Burggraaff passed away peacefully in her sleep on the morning of Saturday, November 16, 2019.  Although her parents were living in the Los Angeles area when she was due to be born, her father, Ralph C. Knoblock (who later would become the Captain of a minesweeper in L.A. Harbor during the war), stayed in L.A. while her mother, Helen S. Knoblock, flew back to her parents’ home in Streator, Illinois, to give birth to Dorothy on May 11, 1941.  Six weeks later little baby Dorothy and her mother flew back to L.A. in a TWA Stratoliner.  It was the first of many plane rides she would take in her numerous world travels.

After the war, Dorothy’s family moved to Park Ridge, IL, a suburb on the northwest side of Chicago.  There, she and her dad and brother became life-long Cubs fans. As a young girl of 11 or 12, she and two of her best friends would each get $2 from their parents and take the public transportation to Wrigley Field to watch daytime baseball games (the only way to watch baseball she’d say).  And to prove that she was a true fan of the sport, Dorothy and her friends would always get to the game early so they could watch batting practice.

The high school she attended in Park Ridge was Maine Township High.  Its student body was larger than most towns in Missouri: over 5,000 kids.  With that many kids you would think that at least one person in the school would go on to be famous.  There were several, with the most famous being Harrison Ford. Before her senior year (1959) her family moved to Helena, Montana, which at the time had a population just slightly larger than Maine Township High.  Culture shock, but Dorothy immediately fell in love with the majestic beauty of the northern Rockies.

Dorothy developed a passion for languages.  She could speak Spanish fluently, and French, Italian, and Portuguese well enough to get by in countries where these were the native tongues.  She received a Masters degree in Spanish from the University of New Mexico in Albuquerque, and in the process became infatuated with the “Land of Enchantment.”  She found the history and culture of the indigenous peoples and the blending of the Spanish heritage of New Mexico infinitely more interesting than the cowboy culture of other Southwestern states.  Whenever we were driving west on I-70 for whatever reason, she would say, “Let’s just keep going. Let’s keep driving west and a little south until we get to New Mexico.”

In 1963 she joined the Peace Corps, its second year of existence.  She and about a hundred other Volunteers went to the University of Oklahoma in Norman for training.  After training they would be divided up and sent to either Nicaragua or Costa Rica. Dorothy ended up in Costa Rica.  It was a time of grand adventure for her and the other Peace Corps Volunteers. At one point Dorothy and a fellow PCV were traveling between two rural towns on bicycles near the Arenal volcano…while the volcano was erupting and spewing ash.  She and her friend were covered in fine, black, volcanic ash from head to toe by the time they got to the next town.

After Costa Rica she returned to the States to finish her studies at UNM.  That is where she met her first husband, Winfield Burggraaff, who was taking courses in Latin American Studies.  Dorothy and Win were married on June 18, 1966, and afterwards they both returned to UNM where Dorothy received her Masters and Win was granted a PhD.  Win was originally from Staten Island and their plan was for Win to start teaching at a college in the Midwest (the University of Missouri), then progress to an Ivy League school after he got a few years under his belt.  They never made it past that first step, and Win retired from MU after being a professor of Latin American Studies there for almost 40 years. Dorothy and Win had an amicable divorce in 1978, but while they were still married they traveled extensively for Win’s research.  Over the years they visited nearly every country in Central and South America.

Dorothy used her skills to work as a Spanish teacher at MU for over 17 years, from 1970 to 1987.  In 1983, Tim and his pound puppy, Fea, entered her life. Tim was an older student who had gone back to college following a motorcycle crash in 1982.  One of the classes he took was Dorothy’s Spanish class. They fell in love and remained together for the rest of Dorothy’s life.

In 1987 Dorothy moved to San Diego, and in 1988, after Tim completed his Bachelor’s degree in Geology, he and Fea followed Dorothy to Southern California.  In about a year and a half the three of them moved to the desert town of La Quinta, just a few miles east of Palm Springs. There were days where both Dorothy and Tim would complain of the heat, but Dorothy took a native plants class and learned to appreciate the way life actually thrives in such an environment.  Dorothy’s ability to speak Spanish was very useful at the jobs she held in Southern California.

In 1991, Dorothy, Tim and Fea moved back to Missouri, to the Kansas City area, where Dorothy got a job at a non-profit on the West Side of KC called The Family Focus Center.  Since the West Side is heavily populated with people for whom Spanish is their native language, once again Dorothy was able to use her Spanish skills.

Dorothy retired in the Spring of 2004, and Tim retired in the Summer of 2007.  Since then they took care of two other dogs, Cassie and Libby (a deaf stray), and traveled as much as they could.  In 2016 she and Tim drove to Chicago to watch her beloved Chicago Cubs win the World Series…after 108 years! Go Cubs! 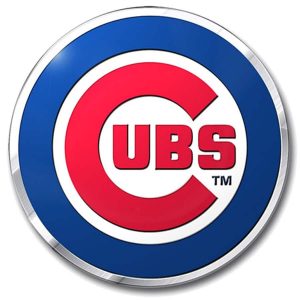 Dorothy loved baseball, and I wish to close this obituary with a song that the late great Buck O’Neil (1st Baseman for the Kansas City Monarchs and the first Black coach for a Major League team…the Chicago Cubs) would sing to his wife, Ora Lee, and that he sang at the Baseball Hall of Fame induction ceremony for former Negro Leagues players on July 29, 2006…even though he, himself, was not inducted:

in all my life

Visitation followed by a memorial service will be held Saturday, December 7, 2019 at Heartland Cremation & Burial Society, 6113 Blue Ridge Blvd., Raytown, MO  64133.  The visitation will be from 10 am to 11 am, and the Celebration of Life will run from 11 am to noon. Please bring fond, happy, sentimental, funny stories to share with everyone.  After the services the 51st Street cul-de-sac crew will provide a catered lunch for all who wish to partake.