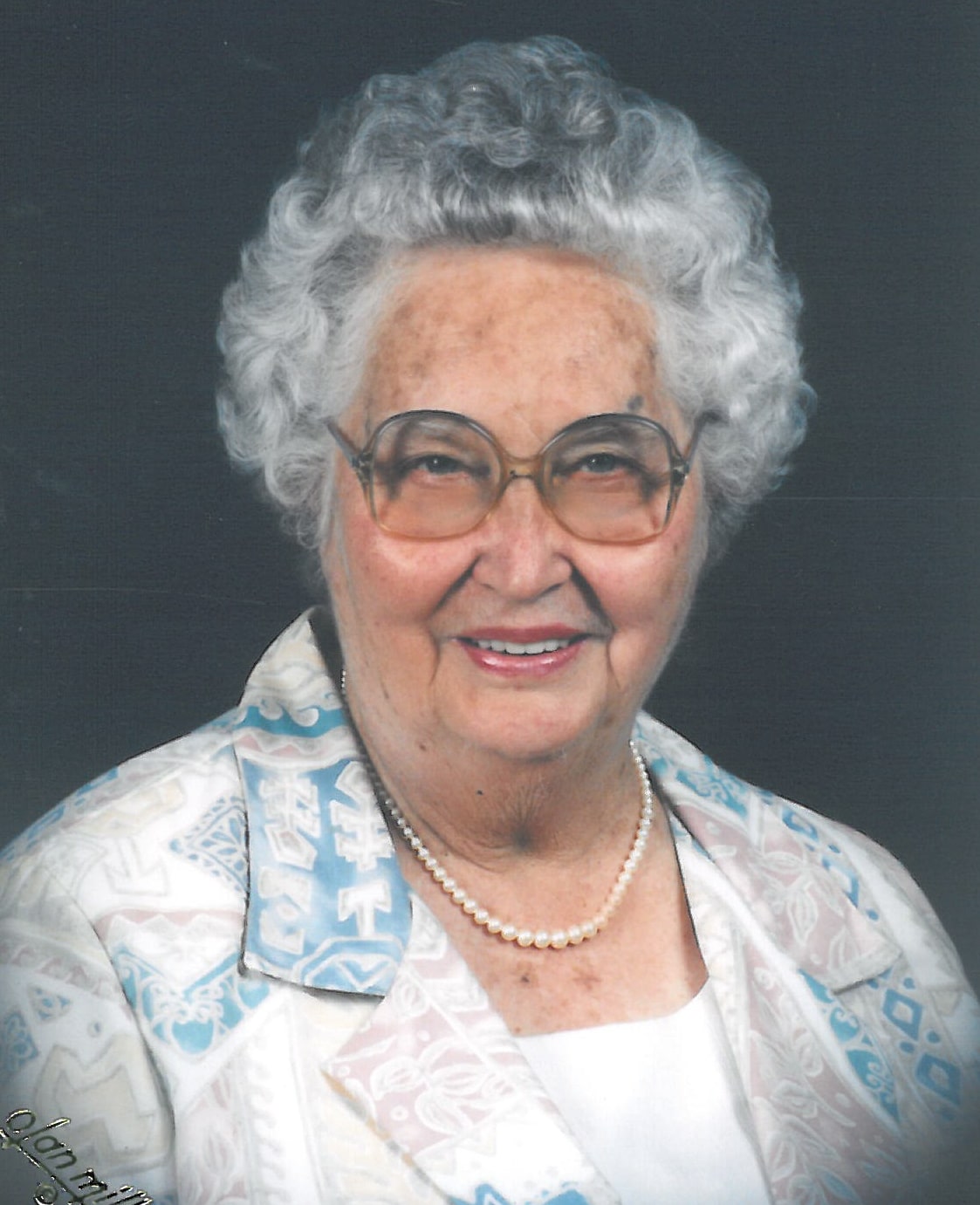 Dorothy was born March 7, 1924, to Henry Walker Blue and Edith Esther (Mosher) Blue, at home, near Raytown (Chapel School neighborhood).  She was a fourth generation resident of Jackson County, as her paternal great-grandparents, Joseph and Sarah (Dumm) Reber, settled near Sibley in 1867. She graduated from Raytown High School in 1941.  She completed a two-year teaching certificate program at Missouri State Teachers College, now the University of Central Missouri in 1943 and taught one year at a Raytown school.  On May 21, 1944, she married Robert James Stilley, who was a lieutenant in the U.S. Army Air Corps, stationed at Great Bend, KS.  Following the War, Dorothy and Bob returned to Raytown with Bob as a partner with his father, George Stilley, in a truck garden farm at 52nd and Blue Ridge Blvd. Later, Dorothy and Bob purchased the farm from his parents and re-named the business from “George Stilley & Son,” to “Stilley Gardens,” selling flower and vegetable plants, mushrooms, sweet corn, tomatoes, mums, and other plants and vegetables to retail and wholesale customers. After selling the land in 1973, Dorothy and Bob enjoyed many years of international travel as well as travel throughout the U.S. She was a member of Raytown Christian Church, and formerly was a member of Blue Ridge Methodist Church, Leed’s Baptist Church, Birchwood Baptist and First Baptist Church of Raytown.  She was the chairman for the “Heart Fund” (now American Heart Society) in the Raytown area in the early 1960s, a member of “Ray-K’s” (the women’s auxiliary to the Raytown Kiwanis Club), a Girl Scout leader, a PTA officer at Chapel Elementary school, a member and vice president of the Raytown Historical Society, a member and board member of the Baptist Hospital Auxiliary, and a member and Regent of the Independence Pioneers Chapter of the Daughters of the American Revolution. She was active in Republican politics and was a delegate to several Missouri state Republican conventions.  She and Bob served on the Host Committee for the 1976 GOP Convention in Kansas City. In 1986 she was elected as an alderman to the Raytown Board of Aldermen and served one term.