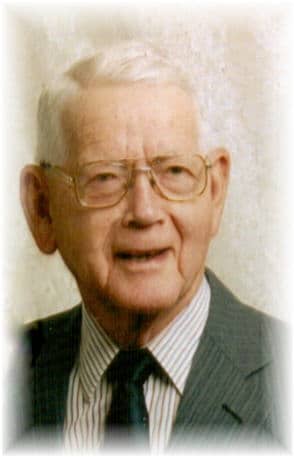 Dr. Harold Julius Bassett passed away December 9th, 2012, after a long and productive life. He was 95.

Harold was born on May 7, 1917 in Newton, Mississippi. During WW II, he was a captain in the U.S.  Army, serving in the field artillery. After the war he attended Ohio State University and the University of Wisconsin (Madison), graduating in 1951 with a PhD in dairy science.

Dr. Bassett went on to become a nationally-respected expert in the field of dairy technology. After working in the private sector, including at Midwest Research Institute (now MRIGlobal) in Kansas City, he accepted a professorship in food science and nutrition at the University of Missouri-Columbia in 1969. As a professor in the Extension Division, he was able to mentor many new food scientists, and they remain an important part of his legacy. Dr. Bassett retired in 1982 and continued to consult for various dairy industry groups for many more years.

Harold married Ruth Elizabeth Emery on June 18, 1949. They were married for 62 years and raised five children. Harold was an enthusiastic member of the Midwest Rock and Lapidary Club, and he and Ruth loved to camp and travel. After his retirement, they spent many happy years collecting rocks, jewelry, and adventures in all 50 states.

A memorial service is planned for the spring of 2013. In lieu of flowers, the family would appreciate cards. These can be sent to Barbara Bassett, P.O Box 7025, Columbia, MO, 65205.