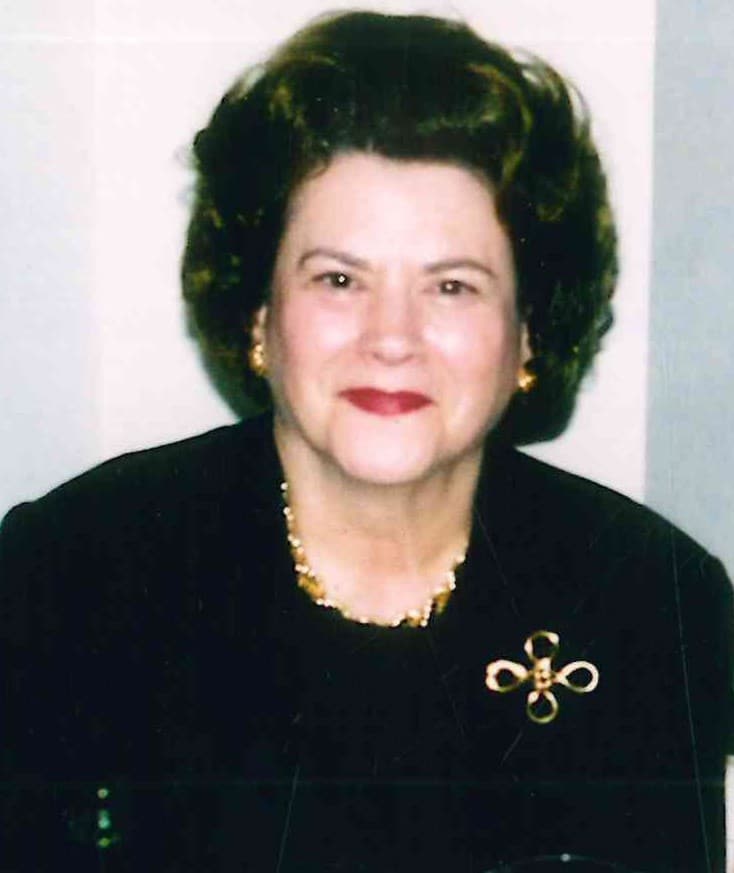 Dr. Linda Hood Talbott, a resident at Bishop Spencer Place, was born during the London Blitz in 1940 and died during the pandemic on December 24, 2020 at age 79. Born in Kansas City, MO, she was the only child of the late Henry H. and Helen Hamrick Hood. She was preceded in death by her beloved husband of 46 years, Thomas H. Talbott.

Warm and winsome, Linda had a keen intellect and deep compassion that were disciplined for action and familiar with self-sacrifice Linda made her mark locally, nationally, and internationally as an educator, philanthropist, researcher, humanitarian, and entrepreneur.

With an enduring passion for education, she established six different scholarships for 93 talented students seeking to study at UMKC, her alma mater. Linda earned three degrees there, including a doctorate in Higher Education Administration. Through the scholarships Linda and Tom funded, 93 students at UMKC got a chance to be their best and become their best. Those 93 Talbott scholars today are in positions of leadership around the world. Linda and Tom live on!

Aware of the struggle faced by so many women, Linda was especially concerned to help them develop their gifts. In Kansas City she was active in the formation of the Women’s Foundation, the Women’s Employment Network, and the Central Exchange. They worked for the advancement of women AND GIRLS because of Linda.

In 1973, Dr. Talbott founded the Center for Philanthropic Leadership, and began a successful effort to help grant seekers connect with grant makers. During the next 18 years she was a pioneer in philanthropy in the areas of research, trend analysis and communications. Her work highlighted Kansas City’s outstanding grassroots giving. One of her most cherished projects in Kansas City was helping to create the public-private partnership that built UMKC’s renowned performing arts center.

Dr. Talbott created the nation’s first community philanthropic information system based on Kansas City’s giving by foundations and businesses. The computerized model was replicated across the nation and grew to include local-national partnerships to help underserved youth and the elderly.

When Dr. Talbott’s efforts came to the attention of Presidents Reagan, Carter, and Clinton the doors were flung open for her to share her work globally. She was featured on forums in Oxford, England, in Moscow, and in Beijing where she was on the platform with Hillary Clinton.

Linda was particularly proud of one of her students who became a national leader in Nigeria and who was instrumental in naming the Talbott Institute for Girls in Science after her. In Nigeria as well as in the United States girls often do not get enough science before college to have majors in science and careers in science. Linda was thrilled to see her name attached to early opportunities for girls to excel in science and to become leaders in science.

In her lifetime Linda won many awards for community service which culminated in 2019 when she was welcomed into the Starr Women’s Hall of Fame. There she stands with an elite powerhouse of Kansas City women leaders. In her video interview for that award, she said that she was proudest in her lifetime to have been able to offer UMKC scholarships “to empower so many people to do marvelous things.

Hopefully, those 93 Talbott Scholars will be followed to show the exponential effect of such scholarships and inspire others to follow Linda’s example in giving. Linda’s integrity was evident in her not only raising millions of dollars and leading philanthropy professionals but also in being an example of generous giving.

In her memory, gifts may be made to “The Linda Hood Talbott Scholarship for Urban Education” by writing a check to “UMKC Foundation” with “LHT Scholarship/Urban Edu” on the memo line. Mail to UMKC Foundation, 5115 Oak St,, Suite 202 Administration Center, Kansas City, MO 64112. To give online, visit www.umkcfoundation.org.

Dr. Linda Talbott is survived by a cousin, Betty Hanigan and her husband Jim of Pittsburgh, PA and by many members of her husband Tom’s Talbott – Wiedenmann family. She was a member of Second Presbyterian Church. Her influence and friendship live in a multitude of institutions and friends all over the world. If only they could gather to honor and remember her now!

Arrangements for a memorial service will be announced later.