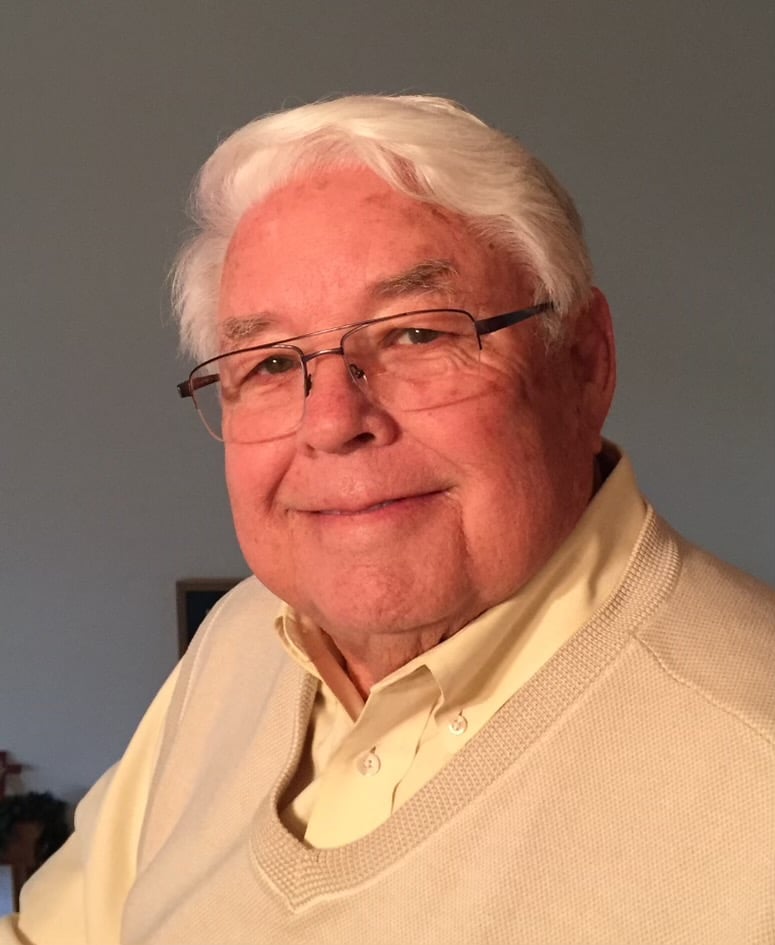 Once you met Earl H. Johnson Jr., you could never forget him. Many will remember this wonderful man because of the passion for his work, his great love for God and his incredible generosity. Others will remember the pride he had in his family and his devotion to his amazing wife Patty, but everyone who has met him will remember him the most because of his laughter and the joy he wanted so much to share. As a Friend, Husband, Father, Grandfather (PaPa) and Uncle not only did Earl listen, he lifted you up and would never forget the challenges you were facing. Now, as word has spread about his transition to be with God, Earl has been called unforgettable, incredibly positive, dedicated, kind and thoughtful as well as a huge encourager. I believe we have been comforted the most when each person he has touched in this life mentions the joyful sound that only Earl could have gifted to the world. It is something we all need, loved and will miss deeply. We can’t help but believe that this merry and jubilant sound echoed through the clouds when he crossed over to the other side and saw those he loved so much.

We know now, without any doubt that there is laughter in heaven because Earl Johnson is there.

Earl was born to Earl Henry Johnson Sr. and Ferrell Jean Purcell Johnson on January 12th, 1937 in Pryor Oklahoma. He grew up with what he said was “baseball on the brain.” He loved to play and when asked about growing up, he would say that he lived and breathed for the times out on the baseball field with whoever he could find to toss a ball or steal a base. From dawn until dusk, forgetting to even eat, he was working on improving his talents with his brother Doug and his childhood friends. It was Earl’s first passion in life and he never outgrew his love for the game. This love for baseball continued throughout his life and some of his favorite memories were in playing for his High School team. Later he used his incredible swing and transformed it into a love of Golf. In a recent conversation someone said that “Jesus called Earl with a tee off time and of course he just had to go.”

After graduating in 1960 at the University of Tulsa, Earl began his 60 year career as a Manufacturers Representative for many companies around the United States,first with selling carpeting and then furniture. Earl LOVED to travel to see each and every client he had. They were his second family, his treasured friends and there was no happier place for him than out on the road. Several clients have reached out to say that he was the only salesperson they knew that they truly looked forward to seeing. Over the years he helped so many clients in need, boosted their morale and truly took an interest in each of them.. Earl loved his career so much he continued to work full time until this year when the Covid 19 outbreak forced him to stop.

Earl commented recently that the greatest thing in life is the ability to change priorities, to grow as a person and learn what is really important. His family and his Church became priorities. Earl worked tirelessly for his Church and did his best to reach out to many families in need. He loved his church family and was devoted to his faith. Love and God truly changed Earl’s life and he spent decades showing the Lord his gratitude.

Earl was met in heaven by his parents, Earl Sr. and Farrell Johnson and his beloved brother Douglas Johnson. We are quite sure that there was an amazing “Welcome to Heaven party” from the rest of his family and friends that he has missed so much. He is survived by his beloved wife Patty Johnson, daughters Kami Klein, Melody Mortenson and her husband Morty, his son Doug Johnson and wife Lisa, as well as step sons Roger Johnson and wife Lisa and Paul Johnson and his wife Dionne. Earl’s cherished grandchildren, Amanda Macklin and husband Christopher, Lauren Gist and husband Ryan, Logan Klein, Brittany Ramsey and husband Jonathan, Brandon Pollak and wife Summer, Elaine Curtin and husband James, Griffin Johnson, Anna Johnson and Emmie Johnson. Earl’s great grandchildren, Kiya, Bella, Charlotte, Marie, Edison and his nieces, Missy and Dana Duvall, Tracy Johnson, Amy and Dana Green, Christy and Jim Hopkins and Sister-in-law Sally Johnson. He is survived as well by his grand nieces and nephews, Madeline, Sam, Emma, Brooke, Jacob, Grace and Eli.

We were so blessed to have had Earl in our lives and to be loved by him.Saying goodbye is devastating and oh so painful. But saying hello again will be a celebration to look forward to with amazing joy! And please… keep laughing. That is the best memorial Earl could ever ask!

If you wish to give a memorial in his name please send it to his beloved church.