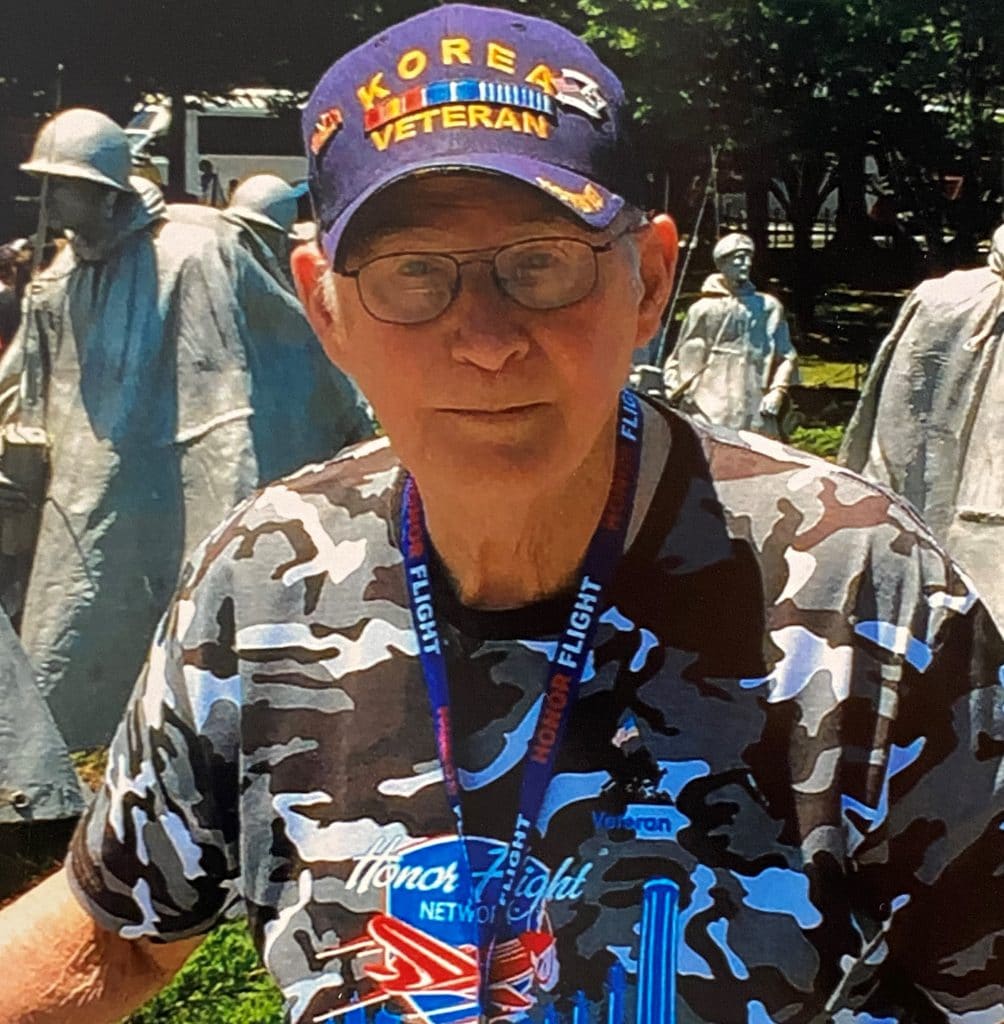 Elvin Lee Allen, a former Gainesville, Missouri resident, died January 9, 2021 at his home in Kansas City, Kansas at the age of 89. Lee was born January 4, 1932 in Gainesville Missouri to Herbert and Pearl Allen, or “Ma and Dad” as the family knew them. Lee enjoyed his life as a young boy growing up in the hills of the Ozarks along with his seven siblings. He lived in homes his dad built, including a log cabin and one built out of rocks. Lee had many wonderful memories he loved to share with his kids and grandkids about the good ole’ days. Stories like how he had to haul water from the creek at the bottom of the hill up to the house because they did not have indoor plumbing, waking up with snow on his blanket that had blown in through the roof of the old log cabin during the night and how they rode in a horse drawn wagon to the Hodgson Mill to grind the wheat they had grown.

Lee’s stories and adventures did not stop as a young boy. At the age of 19, he volunteered and joined the U.S. Navy. Lee proudly served his country from 1951 through 1955, traveling across the ocean to fight in the Korean War. On top of that, he spent time stationed in Japan, as well as California. He also voyaged across the Panama Canal on 2 different occasions. Lee loved to talk about his life in the Navy.

After 4 years of service, Lee traveled home to Gainesville with plans of re-enlisting in the Navy. However, before this happened, he walked by Skeeters Café on the town square in Gainesville where a young lady working as a waitress caught his eye. Her name was Nancy High or “Charlene” as many people knew her. Lee forgot all about his love for the Navy and instead, 6 weeks later, married the love of his life. Lee and Charlene were married for 65 years before his passing.