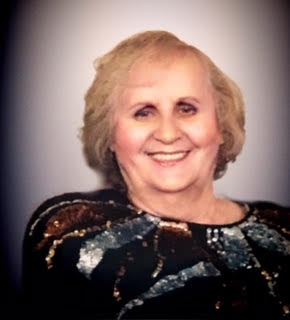 She was born to Johan and Anna (Talerek) Wisniewski on April 29, 1936 in Schutzen, Germany. As a young girl, her family was forced to flee their farm during World War II and eventually arrived in a Polish Red Cross camp where she was educated. At the age of 16, she sailed on a ship to Holifax and soon immigrated to Canada to join her older siblings, Helen Hilchuck and Willie Wisniewski. In total, she had 10 brothers and sisters that predeceased her. Irene became a Canadian citizen. Irene spoke five languages and learned to speak English at the movies. She met her true love and husband, Larry Gladman, in Canada and they married on October 25, 1959. Then they moved to the United States in 1962 and later she became a United States citizen. They were happily married and best friends for 51 years until his passing on November 4, 2010.

Irene owned and operated a daycare where children were taught to read, write and pray before meals. Irene was an excellent cook and many happy memories were made at the holiday and dinner table. She was a lovely lady with joy in her heart. Irene’s faith in God while attending the New Apostolic Church was the bedrock of her life. She shared her love of God with many people. Her testimony on earth was one of generosity and love.

A private graveside ceremony will be held. A Celebration of Life will be held later after the pandemic has passed.