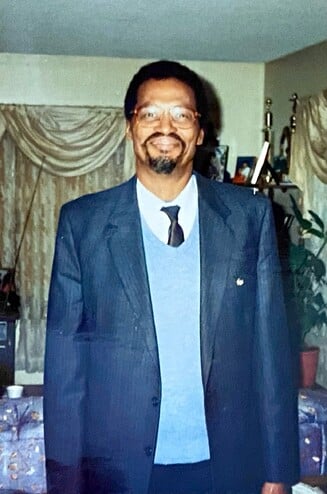 Eulis Lee Hale, 86, of Kansas City, Missouri, passed away on January 8, 2023. He was born December 30, 1936 in Conway, Arkansas and was raised by his father Daniel Hale and his mother Adlee (Wright) Berry and step-father Samuel Berry.

A longtime resident of Kansas City, Missouri, Eulis was an entrepreneur and man of many trades, including a mechanic, carpenter and handy man.

Eulis was an active member and sponsor in the We Are One Alcoholics Anonymous group for more than 34 years. He was known in the fellowship for his patience, trustworthiness, tolerance and love for helping members navigate the program. In 2015, Eulis joined Emmanuel Repentance Temple Pentecostal Church.

He loved his family and was very proud of them, particularly his many grandchildren and great grandchildren, whom he lovingly called his “grands”. He was never too shy to tell anyone that he had lived a blessed life.

Visitation will be 10am, followed by a memorial service at 11am, Tuesday, January 17, 2023 at Heartland Cremation and Burial Society