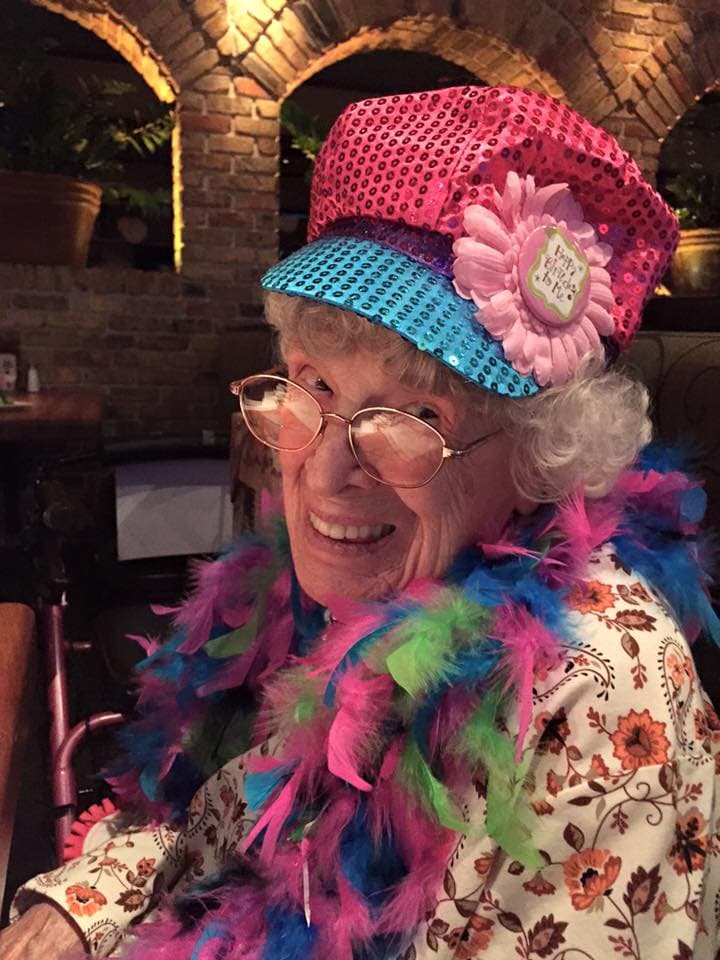 Mrs. Smith was born September 28, 1916 in Union City, NJ to William & Hermine Mahnke. She grew up in Astoria, NY.  She married Robert Smith on May 18, 1941. He preceded her in death on January 25, 1957. They had 3 children: Roy (Janet) of Inglis, FL, Peter (Patricia) of Long Lake, NY & Janet (George) Bartholomaeus of Columbia, MO who survive her. The family settled in Williston Park, NY on Long Island.

Mrs. Smith worked as an executive secretary most of her career. When she retired in 1979 she left NY to live near family in Illinois. She was a long-time member of Sand Prairie Lutheran Church in Green Valley, IL where she was an active member.

Later she moved to be closer to family in Long Lake, NY, Ocala, FL & finally Columbia, MO. She also took several trips to visit her cousins in Germany, Oskar & Christel and their family, who also survive her.

Evelyn was a woman of strong faith, had a feisty personality and a quick wit.  She was a woman of many facial expressions, while playing cards or showing disdain at having to do something she didn’t like. She loved games, crosswords, mystery novels & was sharp as a tack to the end.

Mrs Smith’s final resting place will be in Long Island National Cemetery in NY with her beloved husband, Bob. A private memorial service will be held at a later date.