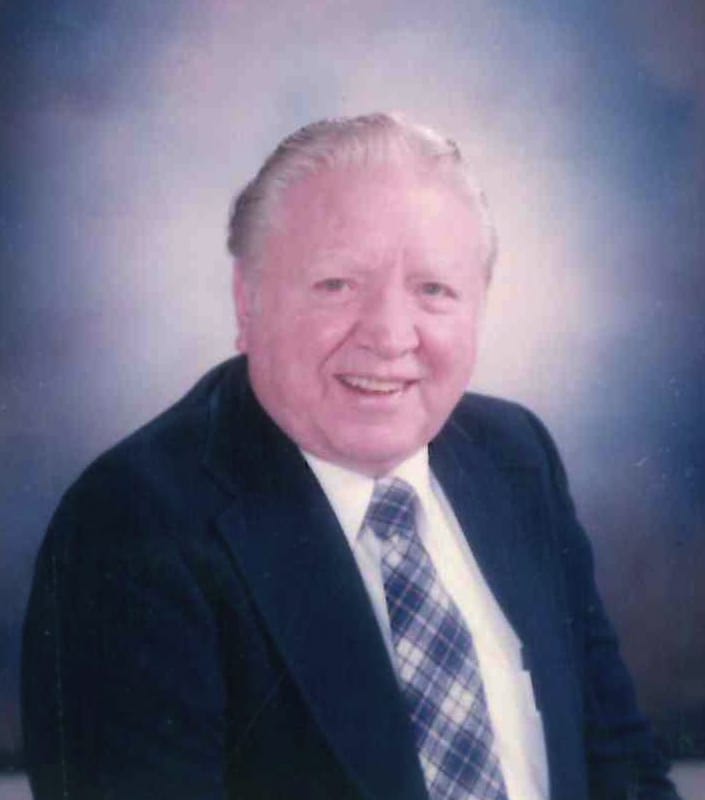 Frank Darell Bratcher, age 94, passed away on January 12, 2017.  He was born on November 13, 1922 in Hamilton, Mo to Homer and Daisy Bratcher. Frank was a World War II veteran, having served in the Army as a medic in France and Germany.  Frank was an avid baseball fan, and a Kansas City Royals fan since the team’s inception.  He was thrilled to see his Royals win the World Series in 2015.  Frank worked in accounting for Bendix Corporation (now Honeywell) before his retirement. Frank was also a tax preparer for many years including long past his Bendix retirement.  He was an active Little League baseball manager in Independence for many years with his son’s team.   He enjoyed all sports and was especially fond of watching his grandchildren play.  Frank was a people-person who enjoyed meeting people and making friends.

His parents preceded him in death, along with his two sisters, Velma and Wanda.  He is survived by Nadine Bratcher and both of his children, son Michael Bratcher and his wife Lynne and daughter Susan Lanphear and her husband Chuck and his four grandchildren, who adored him, Aaron Bratcher, Lisa Bratcher, and her husband Frank Duckworth, Chase Lanphear, and Lexie Lanphear, along with many nieces and nephews.

Frank was a proud father and grandfather. Frank was strong, dependable and his family was his lifetime focus. We will miss him. At Frank’s request, there will be a small, private, family gathering to remember him at the Missouri Veterans’ Cemetery.  Thanks to the wonderful caregivers at St. Mary’s Manor, Centerpoint Medical Center and Kansas City Hospice House. In lieu of flowers, it would honor Frank if those inclined contribute to Disabled American Veterans.