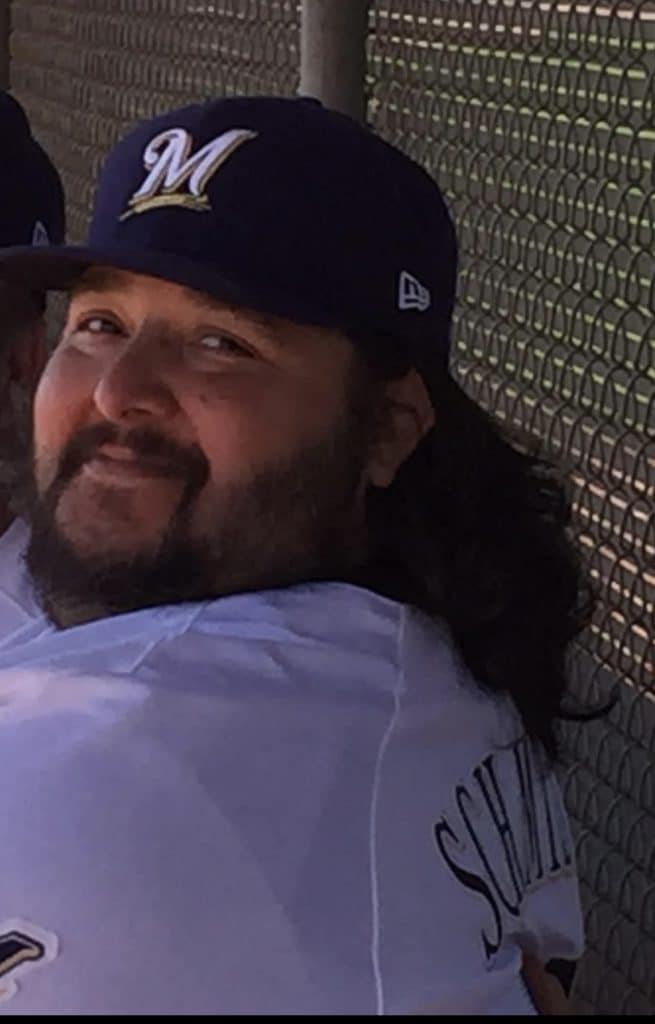 Franklin Eugene Schmidt passed away January 12, in his home. Frank was born on June 22, 1969 in Santiago, Chile. He and his family moved to the United States in 1971.

Frank graduated from Ruskin High School in 1987 and started college in Columbia, MO at Missouri University. He then moved to San Francisco to continue his education and broaden his horizons. He found a job as soon as he arrived in San Francisco at Frank’s Fisherman on Fisherman’s Wharf. He landed this job just because his name happened to be Frank but he worked there for almost 25 years.

During his time in San Francisco he participated in a San Francisco Giants Fantasy Camp. It was during this event that he met people that would become his lifelong friends. They participated in fantasy camps every year for many, many years. They travelled around the country and met many people as they made wonderful memories. Even though they lived in different parts of the country, they maintained a brotherhood that never faltered. Frank was proud to call Wade Brogden, Marc Rovner, Barry Rosenthal and their families part of his family.

Frank loved to experiment with recipes and bake for his family and friends. He would find the most fantastic (and elaborate) recipes and spend hours in the kitchen preparing a meal for everyone to enjoy. He was a wonderful cook who truly loved the whole process of feeding everyone.

Frank moved back to Missouri in 2017 and was living in Raytown, MO. He was currently employed at the Osawatomie State Hospital in Osawatomie, KS.

Frank is preceded in death by his parents Eugene and Isabel Schmidt from Kansas City, MO. He is survived by his brother Chris Schmidt (Cheri) from Harrisonville and his sister Cindy Kaplanis from Raytown. He is also survived by his nieces and nephews that he doted on: Brittany McDonough (Mike), Codi Riggs (Sam), Alison Murray (Austin), Scott Schmidt, Colten Kaplanis and Bret Kaplanis, along with 4 great nephews and 1 great niece.

Due to Covid a Celebration of Life will be held Thursday April 14th at the Beck Event Center in Harrisonville, MO from 2-4.