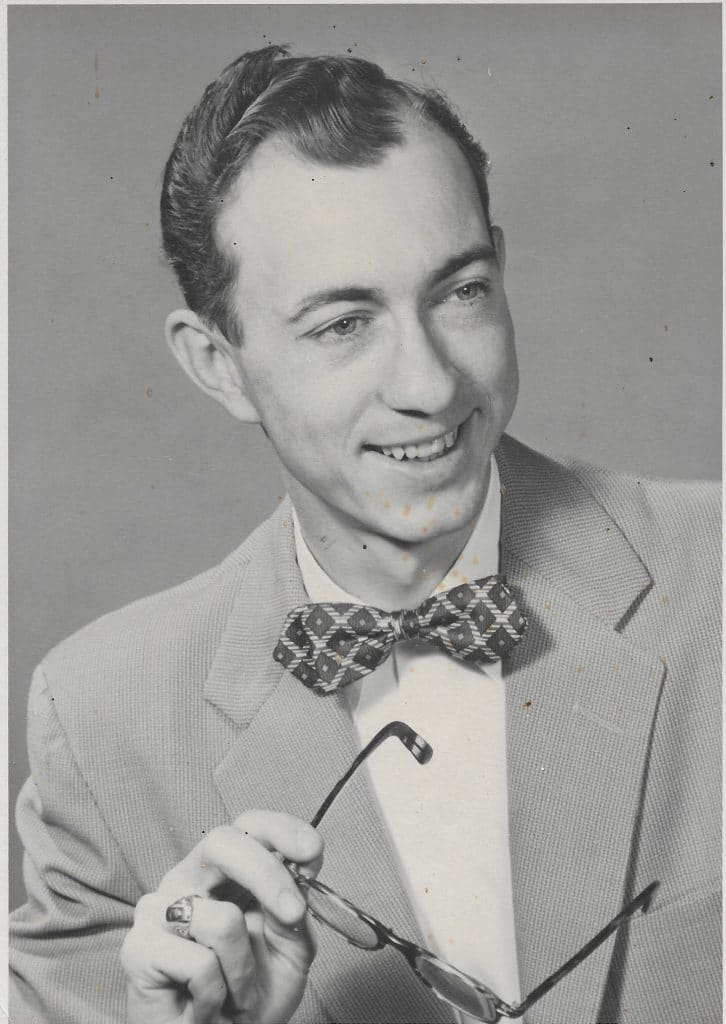 Born in Latham, MO. March 2, 1929 he was the son of Opal Ruth (Clark) Hill and Fred L. Hill. In 1931 Fred’s parents moved the family to the family homestead six miles outside of California, MO.

Fred graduated from California High School in 1947. He moved from the family farm to Kansas City, MO. in 1948 where he attended community college and went to work for the Kansas City Health Department and White Motor Company prior to joining Business Men’s Assurance (BMA) where he began a lifelong career as a salesman. Fred later worked many years for Dunlop in the sporting goods division. That part of his career took his family to live in Buffalo, NY. and then Dallas, TX. When Fred and Ruth returned to Missouri to live he began his final career sales position with Blue Cross in Jefferson City, MO. where he retired as the Regional Manager. Fred and Ruth returned to Fred’s roots and built a new home living on the family farmstead.

Fred participated in life-long service within a local Southern Baptist church in whatever city the family was living. He was Club President and Lieutenant Governor Division II with Kiwanis International. Fred and Ruth enjoyed traveling to Hawaii, Mexico, Canada, and all over the USA. Their favorite place to travel was Colorado. Fred had a great fondness for animals and he and Ruth loved and cared for many pets over their years together. Fred loved music and often joined his whistling skills to any song in progress around him. He was fond of swimming, fishing, and viewing wildlife- especially birds.

Fred is survived by his wife Ruth whom he married June 19th, 1948. He is also survived by his son and daughter-in-law – Mike and Carol (Foor) Hill and their two children daughter April (Hill) Hoffner and husband Joe, and son Aaron Hill, his daughter- Pamela (Hill) Runyon and her two daughters Melody (Runyon) Ait Ouamara and husband Vincent, and Amanda (Runyon) Carrin and husband Billy.

Fred and Ruth were thrilled to have a fifth generation to love with the births of their three great-great grandchildren: Mason, Kash, and Elowen.

Burial at Flag Springs Cemetery, California, MO. In lieu of flowers the family requests contributions to:

Fred is now truly home in the presence of Jesus Christ his Lord and Savior.

“Sympathy cards can be sent to Heartland Cremation and Burial Society at 6113 Blue Ridge Blvd., Raytown, Missouri 64133.  All cards will be forwarded to the family.”