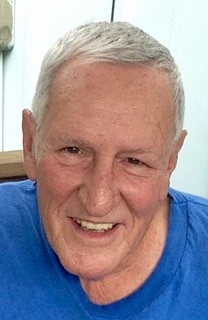 Gary Dean Carrell, 72, of Belton, passed away on February 25, 2017 at his home. Born on March 6, 1944 in Martin City, Gary called the Belton area home his entire life.
After high school, Gary began a career that focused on his love of cars. He retired from Broadway Ford after decades of service and from Perkins Service after 40+ loyal years. Gary was someone who you could always depend on for support and encouragement. An avid bird hunter, Gary looked forward to the Fall and his journey “Up North”.

Gary was preceded in death by his parents, Charlie and Alta; his sister, Beverly; his brother, Alfred; his wife, Coleen; and his son, Chuck.

Gary is survived by his sister, Delores; his brother, Gaylord; his son, Kevin; his grandson, Travis; three great-grandchildren; and his companion, Virginia.

In his last days, Gary was surrounded by family and friends and in his final moments found serenity and peace as he transitioned to his rightful place in Heaven’s Kingdom. The family wishes to extend their gratitude to the hospital and hospice staff members for their care and support, especially in Gary’s final days.

In lieu of flowers, donations can be made to Serenity Hospice in Gary’s memory.