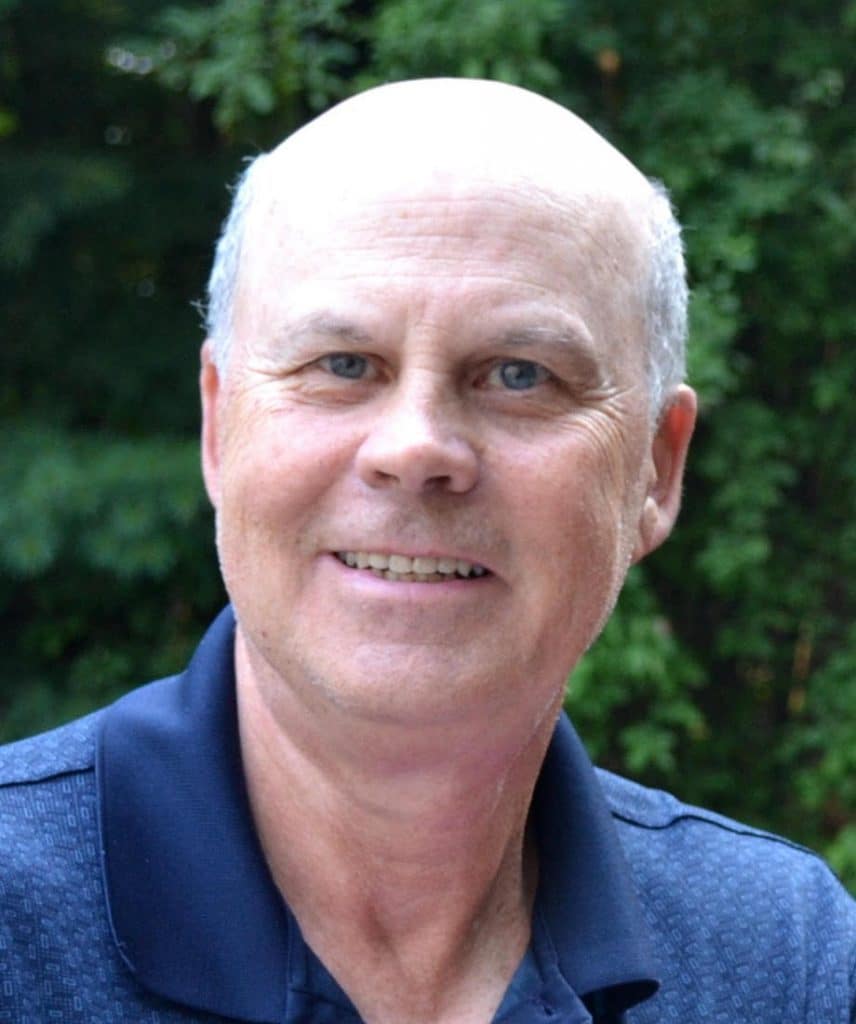 George was born June 11, 1950 in St. Louis, MO to Charles Joseph Cerny and Audrey (Moreland) Cerny.  George attended CBC High School in St. Louis.  He received a scholarship to play soccer at Rockhurst University in Kansas City, where he graduated in 1972 with an Accounting Degree.  He had the fortune of meeting the love of his life at college, Susan Mashburn, whom he married on April 28, 1973. They raised two daughters, Erin and Holly, and a beloved dog named Chloe (affectionately known as Chach).

George worked as an Accountant his entire career, most significantly at Marion Laboratories and Sprint, the latter from which he retired in 2012.  George left an indelible impact on those who knew him, and most in his life can recall a story or two rife with irreverent humor and endearing fondness for his compassionate nature. His friends and family adored his infectious personality.  He loved golf, nature, painting and the Kansas City Chiefs.  He was a hard-working man who was always willing to help someone else, such as refinishing a basement for an elderly friend and volunteering to help adults learn to read.  He drove 1500 miles just six years ago to build a swing set by hand for his granddaughters. Memories of George will persist for years to come. The stories he helped create and his unique lens on the world will not be easily forgotten.

George was preceded in death by his parents, Joe and Audrey Cerny.  He is survived by his wife, Sue, his two daughters, Erin Cerny of Mission, KS, Holly Cerny ( and spouse Michael Hendery), as well as the two loves of his life, granddaughters Amelie and Ruby Hendery of Dover, NH.  He is also survived by his three siblings, Jack Cerny of Slidell, LA, Mary Jo Ewing of Blythe, CA and Roger Cerny of Godfrey, IL.

In lieu of flowers, the family suggests donation to the Michael J. Fox Foundation for Parkinson’s Research or Crossroads Hospice & Palliative Care in Independence, MO.