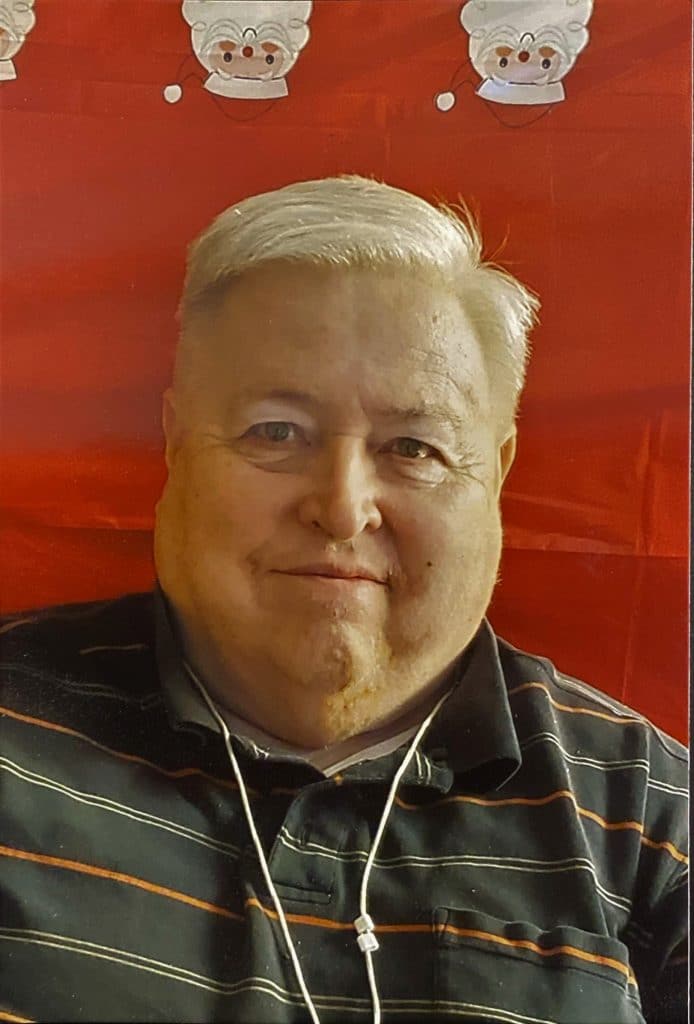 George W. Chick, 82, of Olathe, KS (formerly Leawood and Prairie Village), passed away peacefully, Friday, January 28th, 2022 at the Evergreen Community of Johnson County, which he had called home for the past 3 years. George (or “Big George” as he was known by many) was a friend to everyone, and never met anyone he could not strike up a conversation with. A memorial service will be held on Saturday, February 19th, 2022, 2:00 PM, at Indian Heights United Methodist Church, 10211 Nall Ave, OPKS. Due to the current situation with COVID-19, the family respectfully requests that masks be worn at the service.

George was born in July 1939 in Madison, WI. Shortly after, he and his parents moved to Winona, MN, where he lived until he graduated from college. George met his wife Joan while in high school. They were married after a 3 year courtship, a romance that lasted over 62 years. George entered college at Winona State College right out of high school. Upon graduation, George began his sales career in the insurance business. After almost 10 years, he entered the family business selling china, crystal, and giftware alongside his father. The next step in his career took both him and his father to the Gorham Company, as manufacturer’s reps, where he stayed for 15 years. George continued his career in china, crystal, and giftware sales with several other companies, including his own enterprise, which he started and ran for 5 years. George then decided to make a career change. He went to work for the IRS for 7 years, and rounded out his career working for both H & R Block and Jackson Hewitt for several more years before retiring for good.

George enjoyed his retirement. He and Joan traveled to see friends and relatives. He liked to go to the boats whenever he had the chance. He also worked on his Nephew’s Nascar truck team as the team chef. He always looked forward to preparing food for everyone, and absolutely loved being around the track.

In earlier years, George and Joan had been very active in Indian Heights Methodist Church, where they made many friends. George and Joan were both accomplished bridge players, and played regularly with a group from the church, as well as with long time friends.

In early 2019, George was diagnosed with Myasthenia Gravis, a neurological disease causing muscle weakness and rapid fatigue. This required 24 hour care and assistance, and resulted in him having to enter the Evergreen Community in Olathe, KS so his needs could be met. During his time at Evergreen, he made fast friends with many residents and staff members.

As additional health challenges arose in the last several years, they took a toll on George, and ultimately contributed to his untimely passing.

George was preceded in death by his parents, Kenneth and Dorothy Chick. Survivors include his wife – Joan Ulberg Chick; brother – Steve Chick (and wife Laura); children – Julie Hadley (and husband Dave), David Chick (and wife Stacey), Cindy Garrison (and husband Jack); grandchildren – Christopher Hadley, Allison Hadley (and husband Ted), Aaron Chick, Andrew Chick, Austin Chick, Adam Chick, Alex Norway, Despina Norway; great grandchildren – James Hadley, Anastasia Hadley, Evgenia Hadley; and many nephews and nieces. The family would like to extend their sincere thanks and appreciation to the staffs at the Evergreen Community and Amedisys Hospice. In lieu of flowers, the family suggests contributions to the Myasthenia Gravis Foundation of America (https://myasthenia.org/) or The Evergreen Community of Johnson County (https://www.ecojc.org/ or 913-477-8251).