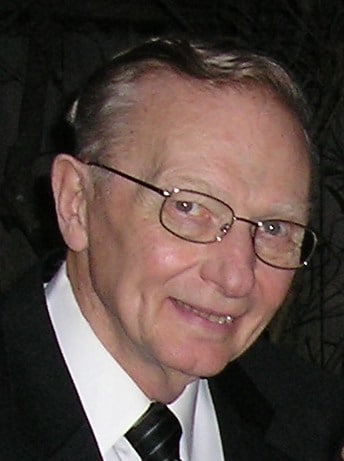 Gerald W. (Jerry) Bloemker, 78, passed away at his home on May 21, 2014, in Independence, MO. There will be a gravesite service held at Memorial Park Cemetery in Kansas City, MO where Jerry will be buried with his recently departed wife of 55 years, Jan Bloemker.

Jerry is survived by his son, daughter-in-law and grandson Michael, Katherine and Griffin Bloemker of Shawnee, KS and his nieces Carol Johnson of Smithville, MO and Patty Halsey of Kirkland, WA.