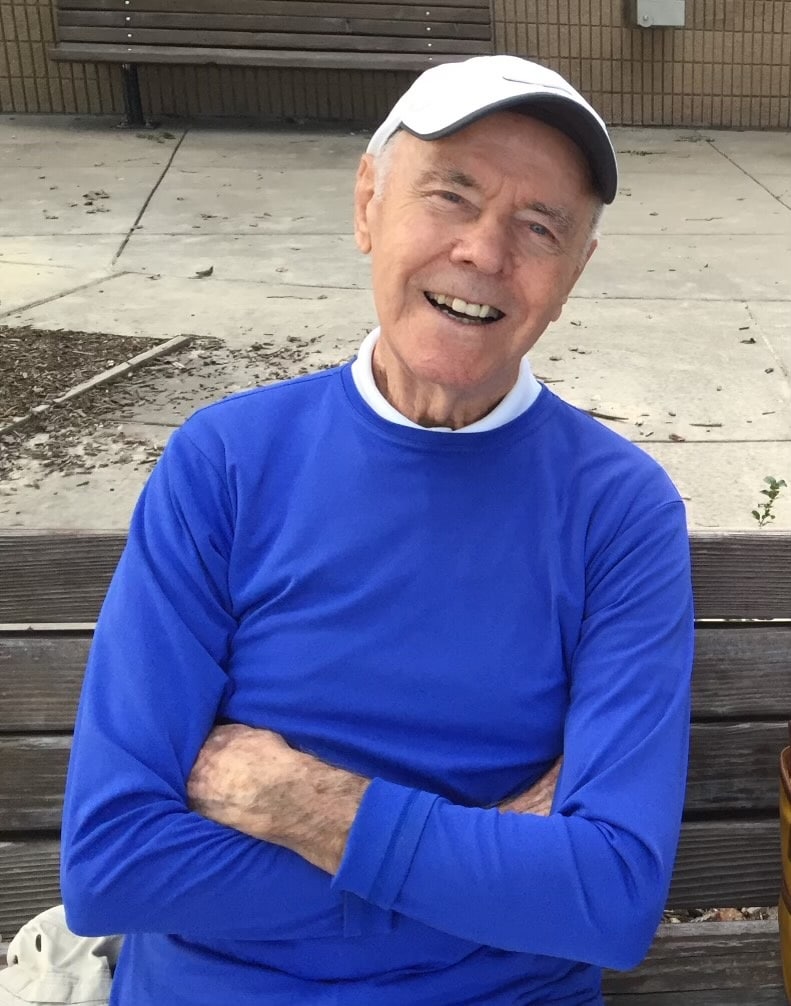 Gerard “Jerry” Sullivan was an honest and hardworking man, devoted husband, cherished father, fun-loving grandfather, brother, and friend. He left this world gently on August 25, 2022, at his home since 2007 in Overland Park, Kansas.

He was born to Paul and Mary Louise Sullivan on September 10, 1928, by a country doctor in Brownville Junction, Maine. His youth was spent exploring the rivers, lakes, and oceans in every city the family lived. With his father being an officer with US Coast Guard, the family moved often with stays in Virginia, Georgia, South Carolina, and Chicago. But it wasn’t until the family’s transfer to Cleveland, Ohio in the 1940s that Jerry finally called somewhere home.

A gifted athlete, Jerry exceled at all sports. Many happy days were spent in Berea, Ohio where he was a celebrated football star and homecoming king, with his legacy in the Berea High School Hall of Fame. His athleticism carried him through life, but he also was creative and loved to draw. He had an artistic knack for creating his own games. His boyish nature never tired as he taught his grandchildren to find animal shapes in clouds. Well into his 90s, Jerry could still bounce a rubber-band paddle ball for hours and skip a stone to infinity.

As a young man he was scouted for a career in baseball, but Uncle Sam had other plans when he was drafted in the US Army. Jerry fought bravely in active combat during the Korean War. A corporal in the 101st Airborne, he served his country with dignity and honor, earning a Bronze Star.

After the war, Jerry admittedly was never one for the corner office. He hired on with the New York Central Railroad and spent his days as a United Transportation Union brakeman, walking countless miles of tracks between Cleveland and Buffalo. He was a devoted provider for his family in the Cleveland suburbs, where along with his wife Patsy, they raised two daughters Mary and Kathleen. He retired from Conrail Railroad in 1993 after 37 years.

Jerry’s happiest days were spent in nature. He loved parks of all kinds, and until his final days, could be found sitting with his face turned towards the sun on a park bench. He is preceded in death by his parents, brothers Paul and Donal, and wife Patricia. He is survived by his brother Philip, daughters Mary Lavelle of Avon Lake, Ohio (husband Daniel deceased), Kathleen Stallard of Overland Park, Kansas (husband Mark), and grandchildren Donovan, Kelly, Clare, Shannon, Walt, and Nate.

Everyone is encouraged to celebrate his life by going outside, taking a walk, and sitting on a park bench. Donations can be made to his beloved Cleveland Metro Parks at clevelandmetroparks.com/parks/support or the Deana Rose Farmstead in Overland Park, KS at artsandrec-op.org/farmstead/donate-to-the-farmstead.

This is Jerry’s favorite poem which he recited throughout his life. poetryfoundation.org/poems/45484/the-barefoot-boy