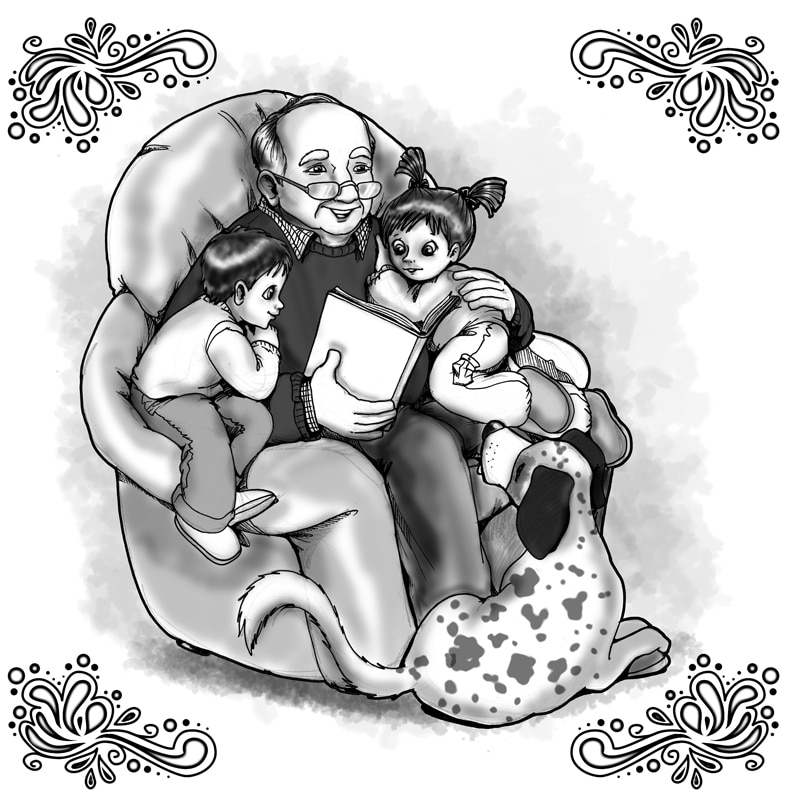 Gilman Thrane,Jr., 93, Lenexa, KS, went to be with his Lord on February 27, 2016.
Born in Chicago, IL, to Lydia Edison Westness Thrane and Gilman Thrane, Sr., he was preceded in death by his parents and brothers, Everett and Irving Westness.  He married the love of his life, Doris Louise Cluever, on November 1, 1947 and enjoyed 68 years of marriage.  Their three daughters remain, Deborah Sue Thrane Kanar (Robert), Leone Andrea Thrane White (John), and Carol Lynn Thrane (Robert Martin); seven grandchildren, Matthew Kanar, Andrea Johnson (Christopher), Lydia Reichelt (Jens), Andrew White (Susan), Laura White, Aubrey Martin Thrane and Madison Martin Thrane, and seven great-grandchildren; Tyler, Oliver and Blakely Johnson, Vera and Felix Reichelt, Carson White, and Priscilla Newman.
During World War II, Gilman served in the Air Force from 1942 until 1945. He completed his college degree on the GI Bill, at the University of Illinois, where he met Doris.   He worked his entire career for Swift and Company, moving often between locations in Michigan and Illinois.  His final position was as the District Sales manager in Detroit, MI. The family lived  in Ann Arbor which provided Gil with varied sporting and cultural events at the University of Michigan.  Many lifelong friends were made there including the church choir and the “Too Too” group.  Gil served as both an Elder and Deacon in Ann Arbor at Westminster Presbyterian Church.  During retirement, Gil and Doris moved to Snellville, GA, to live close to Debbie and family.  On many trips to see grandchildren there, they realized the climate was much to their liking.  In 2001 Gil and Doris chose to move to Kansas City, MO, to be part of the youngest grandchildren’s lives.  Gil was a loving grandparent and enjoyed being surrounded by family of all ages.  In 1999, a trip to Norway was planned to introduce the daughters to family there, and to experience Gil’s heritage. That trip is a cherished memory for all.  A love of classical music inspired his daughters and grandchildren to study music.
He will be remembered as a kind and giving soul, with a sincere interest in others, and a thirst for learning.
In lieu of flowers, contributions may be made to Village Presbyterian Church on Mission Road in Prairie Village, KS, or the charity of your choice.