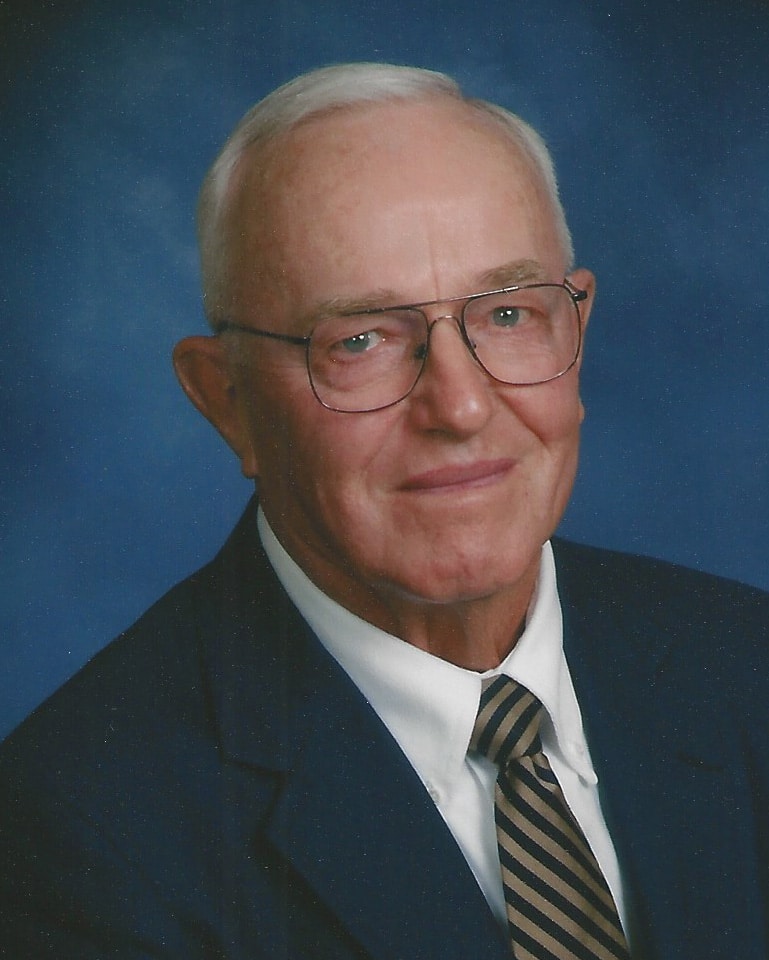 Glenn was born on January 9, 1929, in Mt. Sterling, Iowa, to Russell and Grace Heald. He was the fourth of four children. After high school, Glenn served in the United States Air Force from 1948 to 1952. He married his wife of 64 years, Margaret (Peggy) Simmons, on December 12, 1953, at the Bonaparte Presbyterian Church. In 1958, Glenn earned a Bachelor of Science in Agricultural Engineering from Iowa State College in Ames. The couple moved to the Chicago suburbs where Glenn began working as an engineer for International Harvester, and they began raising their family. They had three daughters and also one son, who died in infancy. In 1967, the family of five moved to Iowa, where Glenn worked as an engineer, designing construction equipment at the John Deere Dubuque Works. The family remained in Dubuque for 20 years. In 1986, Glenn retired from John Deere, and later that year began a new 20-year engineering career at Howard Price Turf Equipment in Chesterfield, Missouri. In 1987, after a short stay in a St. Louis suburb, Glenn and Margaret bought a farm in central Missouri and began an Angus breed cow/calf operation. Glenn continued commuting to Chesterfield, eventually retiring in 2005, to become a full-time farmer. Wherever Glenn lived, he was always an active part of the churches that he and Margaret attended, serving in a multitude of ways. He had a keen analytical mind, was an expert at fixing anything mechanical, and was an outstanding and progressive cattle producer. His beloved farm shows his abilities in every detail. He was a caring, kind-hearted, generous husband, father, grandfather, and great-grandfather, and he is greatly missed.

A private memorial service will be held at a later date in Bonaparte, Iowa. In lieu of flowers, memorial gifts may be donated to the Bonaparte Cemetery Association Inc. (c/o Charla Warner), P.O. Box 37, Bonaparte, Iowa 52620-0037 or to the National Kidney Foundation (https://www.kidney.org/).