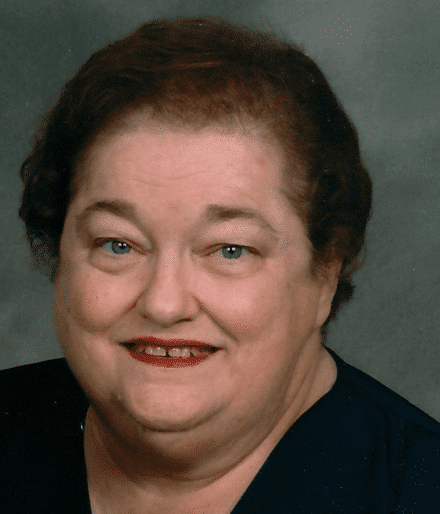 Gloria was born March 14, 1938 in Independence, Missouri.  She was married to Duane on June 29, 1958.  Gloria lived her whole life in Independence where she attended Bryant Elementary  and William Chrisman Junior High and Senior High.  She graduated in 1956 and received her Associates Degree from Graceland College in 1958.

Music was a life long love for Gloria.  She sang in the Independence Messiah Choir for many years including a performance at Carnegie Hall in November of 2000.  Gloria also sang with Cantanina Chorus women’s choir at Stone Church.  Gloria and her husband Duane were youth leaders at Kentucky Hills Congregation in the early years of their marriage.  At Stone Church, she was involved in Sunday School class, girl’s youth groups and the choir.  Many of her fond memories at Stone Church included her relationships with her friends from her Sunday School group.

For many years, Gloria was the Registrar for the Arts, Sports and Leadership Spectacular, a youth camp that was held yearly at Graceland College.  She worked at the Independence Sanitarium and Hospital as well as Independence Regional Health Center for more than 35 years.  Gloria worked in several secretarial and administrative roles at the hospital.

The most important thing in her life was her family including; her husband, children, grandchildren, sister and extended family.  She will be remembered for her love of bringing the entire family together.  The family would like to share a special thank you to Rosewood Health Center at The Groves, where many special people loved and cared for her.  The family is grateful for One Community Hospice for the care they provided.