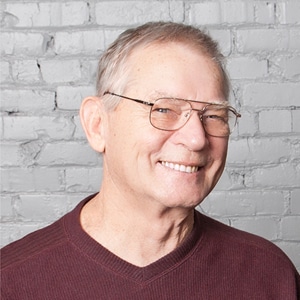 Gordon Alan Rowland, 76 of Pleasant Valley, MO., passed away on October 4, 2014, surrounded by his family.

Gordon was born on January 18, 1938, in Shenandoah, Iowa to Marjorie and Garold Pete Rowland.   Gordon was preceded in death by his parents, and two brothers Carroll and Donald Rowland.

Gordon grew up in Knoxville and graduated from Knoxville High School in 1958. He served in the Army during the Korean War as an MP and afterwards moved to Kansas City, MO in 1960 to join the Kansas City, MO Police Department.

In 1961 Gordon married Martha Snyder.   Gordon is survived by Martha and their children Rebecca Goltz and her spouse Greg; Patrick Rowland and his spouse Roberta, grandchildren Reighann and Patrick Thomas Rowland.

In 1968 Gordon married Donna Roper. Gordon is survived by Donna and their children Terry and his spouse Sharmin and grandchildren Nikolas, Hayden and Bret Rowland; Traci Garcia Castells and her spouse Federico Garcia Castells, and granddaughter Sofia Bohling.

Gordon is also survived by his brothers Richard and his wife Sue Rowland; Jim and his wife Lesta Rowland; and sister in law Elinor Rowland; along with many deeply loved nieces and nephews.

Gordon retired from the Kansas City Police Department in 1983 and later worked for Bank of America and Citibank until his second retirement.   Gordon enjoyed good conversation and time with his family. He loved sporting events of all kinds and took great pride in sharing his love for Iowa Hawkeye football with his family. He was young at heart, loved ice cream, rock music, dogs, a good joke, playing pranks, and mowing the lawn. He was a free spirit and loved each family member as they were and placed no expectations on them to be anything more than themselves.   We will miss his unique calling card that he left behind letting us know when he was paying a visit, and his frequent phone calls letting us know we were loved.

If you are unable to attend, fond memories and condolences for the family may be mailed to; Heartland Cremation and Burial Society, Attention Gordon Rowland Family; 6113 Blue Ridge Blvd, Raytown, MO. 64133;