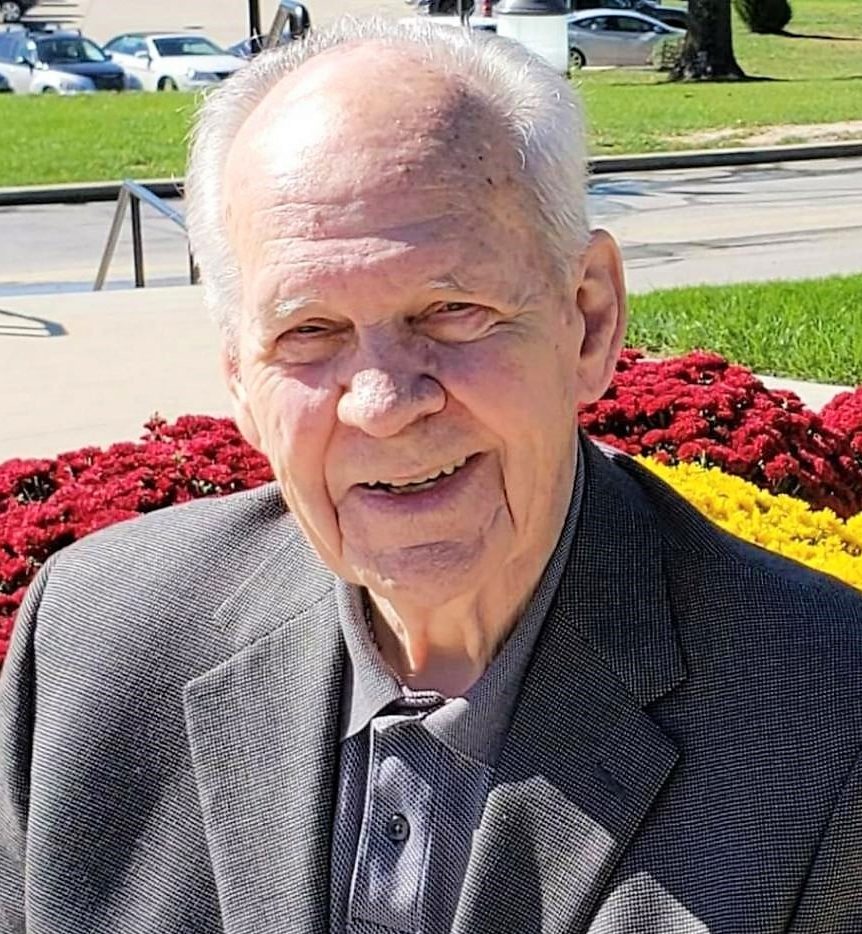 Ray was born on September 11, 1927, in rural western Tennessee, near Trenton. In 1928, the family moved to St. Louis County, Missouri. He attended Hancock High School in Lemay, Missouri, and graduated from Missouri University at Columbia in 1948.

Ray spent 1950 – 1952 with the Army’s 115th Anti-Aircraft Operations Detachment at Ft. Lawton in Seattle, Washington. During this time, his Missouri sweetheart, Bonnie Jean Giesler, came west and they were married at Ft. Lewis, Washington, on June 8, 1951.  They remained married over 70 years and had three children and a great family life, which meant the world to him.

Ray had a long career of over 40 years employed by Western Auto Supply Company, first in retail store management in St. Louis, Missouri, and then (following his Army days) in merchandise replenishment at distribution centers in Cincinnati, Ohio, Memphis, Tennessee and Nashville, Tennessee. From 1959 until retirement in 1989, Ray served at Western Auto’s corporate office in Kansas City, Missouri.

Wherever Ray and Bonnie lived, they found a Baptist church in which to serve. They have been members of First Baptist Lee’s Summit since 2005.

Ray was preceded in death by his parents, James E. Powell of Brenham, Texas, and Nina Sebastian of Lemay, Missouri, and his sister, Blondell Schmaltz of Mehlville, Missouri.

Visitation will begin at 1 pm on Friday, January 14, 2022, at First Baptist Lee’s Summit, with the service to follow at 2 pm. Graveside service will be held at Oak Forest Cemetery in Bland, Missouri, on Saturday, January 15, at 1 pm.

In lieu of flowers, Ray would like any donations to be made to Hillcrest Baptist Church, 205 Black Diamond Road, Port Angeles, Washington, 98363.