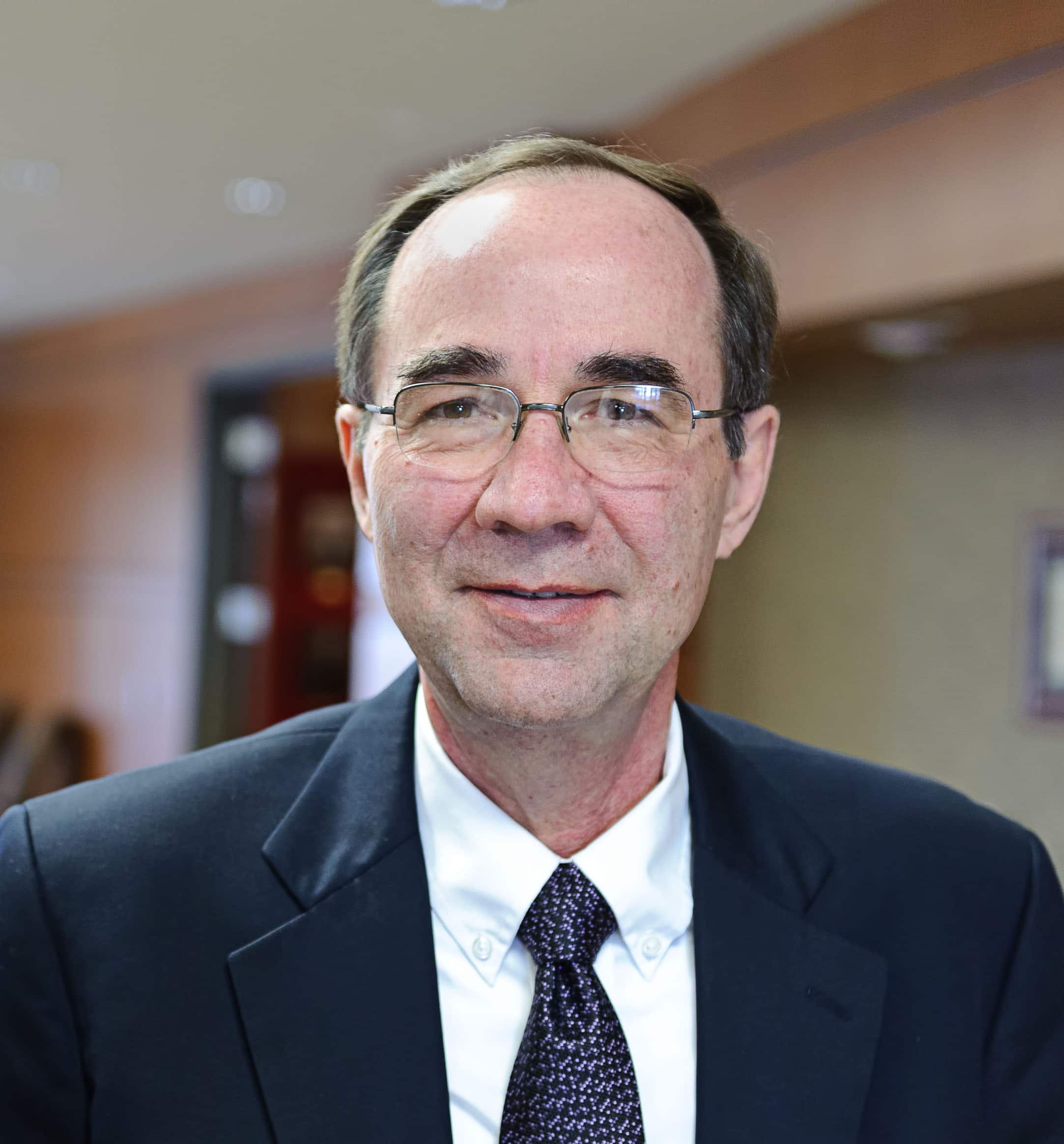 Harold Skrabal 66, of Columbia went home to be with Jesus on December 19, 2014, after a long and courageous battle with Giant Cell Myocarditis. His loving family was with him.
A memorial service celebrating Harold’s life and faith will be held at Campus Lutheran Church on Saturday, December 27, 2014 at 10:30 A.M.  A light reception with the family will follow the service.  In lieu of flowers, memorial contributions may be made to Campus Lutheran Church of Good Shepherd Lutheran School or Columbia, or a charity of your choice.
Harold was born to Martha (Shalla) and Albert Skrabal in Odell, Nebraska. Growing up in small town Nebraska he enjoyed exploring the outdoors, trapping, looking for arrowheads, and especially family fishing trips.  He graduated from the University of Nebraska, Lincoln School of Pharmacy. Harold was a “Go Big Red” fan to the end.  He was a dedicated Pharmacist at University Hospital in Columbia for over 43 years.  Harold married Rachel Reppert in 1970.  He was very proud of his family and was a devoted husband and father.  Family vacations were a favorite time for all of them. Harold was a talented craftsman and made beautiful scroll saw art.  He enjoyed working on his 1930 Model A Ford and was a member of the Model A Restorers Club.  He also enjoyed wood carving classes.  Harold was a member of Campus Lutheran Church in Columbia, a past president of the church council and a frequent usher.
Harold is survived by his wife Rachel; son Brian, daughter-in-law Andrea and grandson Ian; daughter Melissa, son-in-law Erik Slatinsky; mother Martha Skrabal of Beatrice, Nebraska; brothers Albert (Jan) of Lincoln, Nebraska and Ed (Carmel) of Columbia; and several nieces and nephews. He was preceded in death by his father Albert Skrabal.