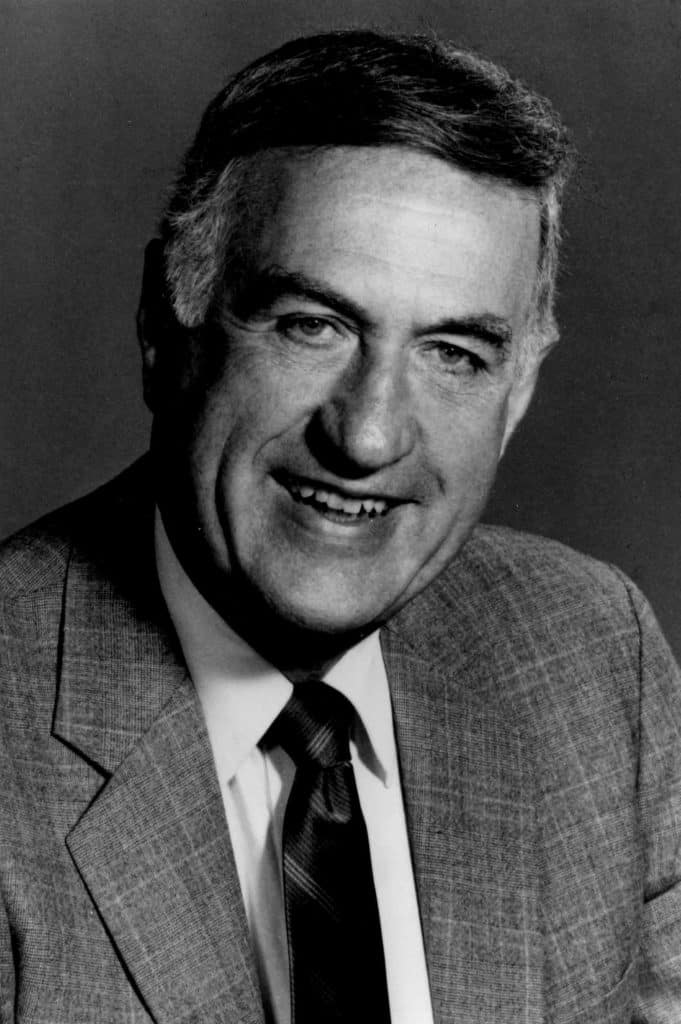 Harry S Jonas, Jr., M.D., 96, obstetrician/gynecologist and medical educator, whose career in medicine was interwoven with a life-long interest in government and community service, passed away on December 24th, 2022, surrounded by family.

Dr. Jonas was born December 3, 1926 in Kirksville, Missouri to Harry S Jonas, Sr. and Sarah Laird Jonas. After graduating from high school he served in the U.S. Navy as a hospital corpsman during World War II. He graduated from Washington University in St. Louis, earning both his Bachelors and M.D. degrees and where he was a member of the Alpha Omega Alpha chapter of Beta Theta Pi fraternity. He married his childhood sweetheart, Connie Kirby, in 1949 and they enjoyed sixty-one years of happy marriage.

After completing his residency training at St. Luke’s and Barnes Hospitals in St. Louis in 1956, he began private practice of obstetrics and gynecology in Independence, Missouri. He and Connie soon became leaders in the effort to pass a home rule charter and help reform the Independence city government. He was elected Independence city councilman, serving from 1962 to 1966.

Dr. Jonas once estimated that he delivered 7,000 babies during his nineteen years of practice, but still found time to teach resident physicians at what was then called Kansas City General Hospital No. 2 before it merged with KC General Hospital No. 1 (Truman Medical Center).

Kansas City General Hospitals No. 1 and 2 were segregated until 1957. Dr. Jonas at great personal peril, played a vital role in desegregating the two facilities, thus remarkably improving the health care for the area’s minority population.

He held numerous positions of leadership in local and regional sections of the American College of Obstetricians and Gynecologists, capping his involvement as national President of the College in 1986-87.

Dr. Jonas also had leadership roles in many civic organizations, including Rotary International, Junior Chamber of Commerce, Community Welfare League, Planning and Zoning Board, and Planned Parenthood. In 1970 Jackson County voters approved a new charter, creating a 15-member county legislature to be elected in 1972 when Dr. Jonas was elected 4th District legislator. He was then chosen as the first Chairman of the inaugural legislature, serving a four-year term. Following the death of President Harry S. Truman, and at the request of First Lady Bess Truman, he chaired the committee to raise funds to erect the statue of President Truman that has stood on the Independence Square since it was dedicated by President Gerald Ford in 1976.

In 1975 as the new UMKC School of Medicine was getting under way, Dr. Jonas left private practice to chair the OB/GYN department at the school, which utilized the newly opened Truman Medical Center as its teaching hospital. In 1978 he was appointed Dean of the school and remained in that position for another decade.

Nearing the end of his deanship term, Dr. Jonas accepted the position of Vice-President, Undergraduate Medical Education with the American Medical Association in Chicago, with responsibility for accrediting the nation’s medical schools. He traveled extensively in his capacity as Secretary for the Liaison Committee of Medical Education, visiting every one of the 126 medical schools in the U.S. and many in Canada. He visited China four times, most of Europe, and served as a The United States Agency for International Development (USAID) consultant to Kazakhstan and Uzbekistan.

After retiring from the A.M.A. in 2000 he returned with his wife Connie to the Kansas City area and became a special consultant to the Dean at the UMKC School of Medicine. He was also a founding partner of DJW & Associates, a consulting firm helping medical schools prepare for accreditation, as well as advising those seeking to establish new medical schools. He was granted positions of Faculty Emeritus and Dean Emeritus at UMKC.

In 2002 Attorney General Jay Nixon asked Dr. Jonas to serve on the board of the newly organized Health Care Foundation of Greater Kansas City (now known as Health Forward Foundation), whose mission is to aid the medically underserved in the Kansas City area. He chaired the group for two years and served another three years on the board. Throughout his life Dr. Jonas was a passionate supporter of women’s health.

He took great delight in his grandchildren and great-grandchildren, enjoying their frequent visits to his home.

A special tribute to Dr. Jonas will be held on Friday, February 10 at 11 am at the Truman Library in Independence, Missouri.

In lieu of flowers, donations may be made to the Truman Library Institute or Ascend Hospice, Lee’s Summit.

I want to be thoroughly
used up when I die, for the harder I work the more I live.
I rejoice in life for its own sake. Life is no “brief candle” to me. It is a sort of splendid torch
which I have got hold of for the moment, and I want to make it burn as brightly
as possible before handing it on for future generations.
George Bernard Shaw