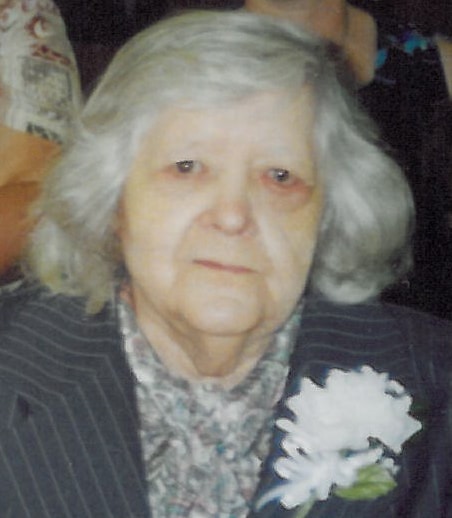 Helen Louise Michael Armstrong joined her family in heaven on February 28, 2013. She fought a long courageous battle with Alzheimer’s. She was born June 21, 1923 to Leroy and Cleta Michael in Hamilton, Missouri. As a young woman she moved to Kansas City, Missouri and worked at Montgomery Wards. She married Gerald Vaughn Armstrong in 1945. She enjoyed being a homemaker. Her hobbies included being a seamstress, cooking and quilting. She also enjoyed being outdoors to garden with flowers and vegetables. She was so proud of her Irish/Indian heritage and studied family genealogy. Spending time with her family was her greatest joy.  Surviving to honor her memory are her daughters, Linda Copeland of Kansas City, Missouri and LouAnn Yacoub of Cedar Rapids, Iowa, three grandsons Gary (Beth) Copeland of Greenwood, Missouri, Scott Copeland and Patrick Copeland of Kansas City, Missouri, two brothers Robert Michael of Hamilton, Missouri and William Michael of Galesburg, Illinois. Helen was preceded in death by her parents, husband, brothers and sisters, and most recent, her youngest daughter Lora Lea Armstrong.  She will be greatly missed by her family. Services are pending in Cedar Rapids, Iowa.