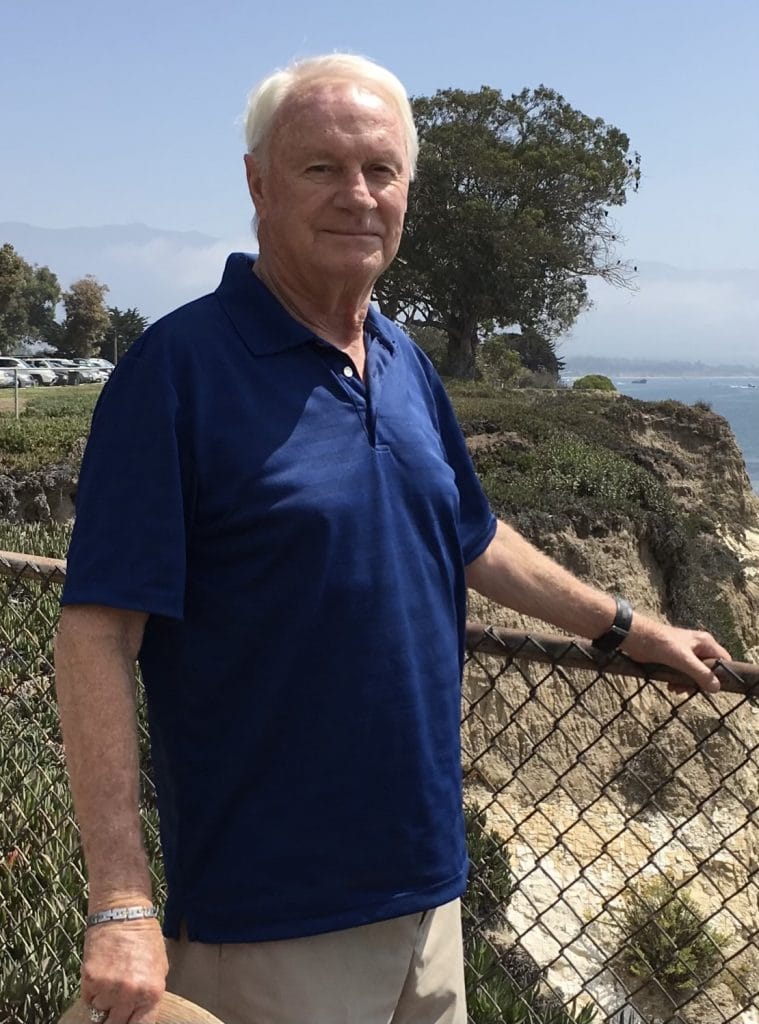 Born in Topeka, Kansas on March 30, 1936, Henry was the middle child of the late Henry Sr, and Isabelle (Hopkins) Martz.

Henry graduated from Wichita East High School in 1954 and attended the University of Kansas. Henry joined the Navy in 1959 as a Yeoman Third Class.  He served onboard an oil tanker for the 16th Fleet in the Mediterranean Sea that toured many ports throughout Europe. He always spoke fondly of his days in the Navy and loved that he was able to serve his country. His favorite port was Naples, Italy with its mild climate and sunny beaches.  He carried his love of the sun and the water with him throughout his life.

Henry met Carolyn Marie Morris in 1955 while living in Wichita where their families lived not far from each other. She was able to travel with him in Europe while he was stationed in the Navy, and she was on a student study abroad trip. They married on September 10, 1960 and enjoyed a 60+ year marriage together.

Henry worked for Kraft Foods as a sales manager. When CB radios where popular, he had the handle “Cheese Man”. He was always excited to give his friends samples of Kraft cheese for Christmas. He even gave away Kraft Carmel Apple kits to trick-or-treaters at Halloween, making his house a very popular stop.    After retiring from Kraft Foods, Henry got his real estate license and sold new home construction.  Henry enjoyed showing the model homes and meeting all the different people each day.  He had a knack for helping others see the possibilities beyond the model homes.

Henry loved boats and new cars.  His favorite car brand was Cadillac, and he always kept his cars spotlessly clean and cared for. Some of his favorite memories were spending time with his family at the Lake of the Ozarks where he had a summer cabin for many years. His favorite things to do at the lake were napping in the sun on the dock, BBQing with his neighbors and friends on the deck, long boat rides, and taking his sons water skiing.

Henry loved his time with his children and then his grandchildren. He and Carol became snowbirds in Arizona, buying a second home at the Del Webb Grand in Surprise. He enjoyed taking his grandkids for rides in his golf cart and fishing in the golf course lakes. He also enjoyed spending the summers in Santa Barbara, California visiting his youngest son and grandsons. He loved going to the beach and watching the beach volleyball players.

Henry was a long-time member of the Ararat Shrine Jesters in Kansas City and enjoyed helping them with charity events. He was always a caring and generous man to his family, friends, and community.

He is survived by his wife of 60+ years Carol, his sons Todd Martz (Sherri) of Overland Park, KS; Michael Martz (Nancy) of Santa Barbra, CA; and grandchildren Kyle, Tyler, Colin, and Mason, and by his many friends.  He was preceded in death by his older brother Richard Martz and his younger sister, Mary Martz.

Funeral services will be held at Church of the Resurrection, Wesley Chapel in Leawood, KS on Friday, July 2, 2021.   Visitation begins at 10 AM with the Memorial Service starting at 11 AM.  For those who would like to attend virtually the service will be livestreamed at: cor.org/memorialsonline.

His family is thankful for the care from Tallgrass Creek Senior Living and Ascend Hospice.  In lieu of flowers the family suggests donations be made to Ascend Hospice 783 NE Anderson Lane, Lee’s Summit, MO 64064 or to the American Cancer Society.