Ed was born into humble surroundings on August 2, 1926, the first of 10 children to Rich and Ruby Simpson of Light, Arkansas. His parents were salt of the earth row crop farmers, and Ed grew up with an understanding and appreciation of hard work and education. As a child he learned how to plow behind the family mules. Perhaps it was that vantage point that gave him the drive to pursue better opportunities for himself and his family.

Ed served honorably in the Pacific Theater in World War II, and was part of  the Allied occupation of Japan at Nagasaki.

Upon his return to the United States, Ed married Zuline Simpson on January 10, 1948. Although he and Zuline quickly began a family, for a time Ed followed his dream of playing professional baseball in the cactus leagues. Zuline noted that while Ed certainly had the talent…especially with a bat…for professional baseball, he could not stand being away from her and his small daughter Sandra. He soon realized home was where he would rather be.

Back in Arkansas, Ed immediately enrolled in Arkansas State, thanks in part to the GI Bill, where he studied education and played first base for the varsity baseball team. Zuline quickly followed him into the classroom.

Ed would often referee basketball to earn a few extra dollars during the winter. A point of family contention, still argued about to this day, was the one and only time Zuline ever fouled out of a basketball game. She was playing college basketball for the varsity team at Southern Baptist in Arkansas, and the referee calling the fouls was Ed! (Hard to believe the stayed married!)

After graduation, Ed began his career as a lifelong educator, serving as a teacher, administrator and coach in the New Madrid, Meramec Valley and Pattonville school districts (all in Missouri.) Ed’s career spanned 35 years and included serving as head coach for baseball, softball and basketball, and assistant coach for nearly every other organized high school sport. 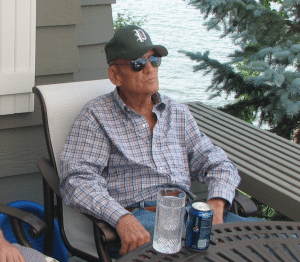 Zuline, also an accredited schoolteacher, continued her college education while raising their five children. She ultimately graduated with a degree in education from Harris-Stowe University. Both Ed (Webster University) and Zuline (Southern Illinois) went on to earn master’s degrees plus additional classes as life-long learners.

In 1985 Zuline and Ed retired from teaching and moved to their farm in southwest Missouri. For the next 31 years the two enjoyed family visits and cattle rearing, building the hobby farm into a cattle operation of nearly 1000 acres and a herd of more than 150 head.

In 2016 Ed retired for a second time when he and Zuline sold the last of the cattle and equipment and moved to a retirement community in the Kansas City area.

Ever a lover of baseball, Ed’s final years would often find him watching a game on TV and dissecting both players and managers!

Ed Simpson is survived by his wife of 72 years, Zuline, children Sandra (Greg) Walton of Colorado, Terry (Sandie) Simpson of Mississippi, Tony (Julie) Simpson of Kansas and Todd (Michelle ) Simpson of Arizona. His legacy includes a number of grandchildren and great-grand children who adored visiting the farm and Pap Ed! He was preceded in death by his parents, a number of sibling and family members, and his loving daughter Kellye Ann who forever left and empty space in his heart.

Ed’s wishes were to be cremated with his ashes remaining with Zuline. A celebration of life will be held at a later time. 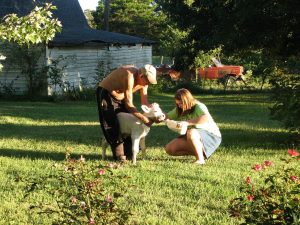