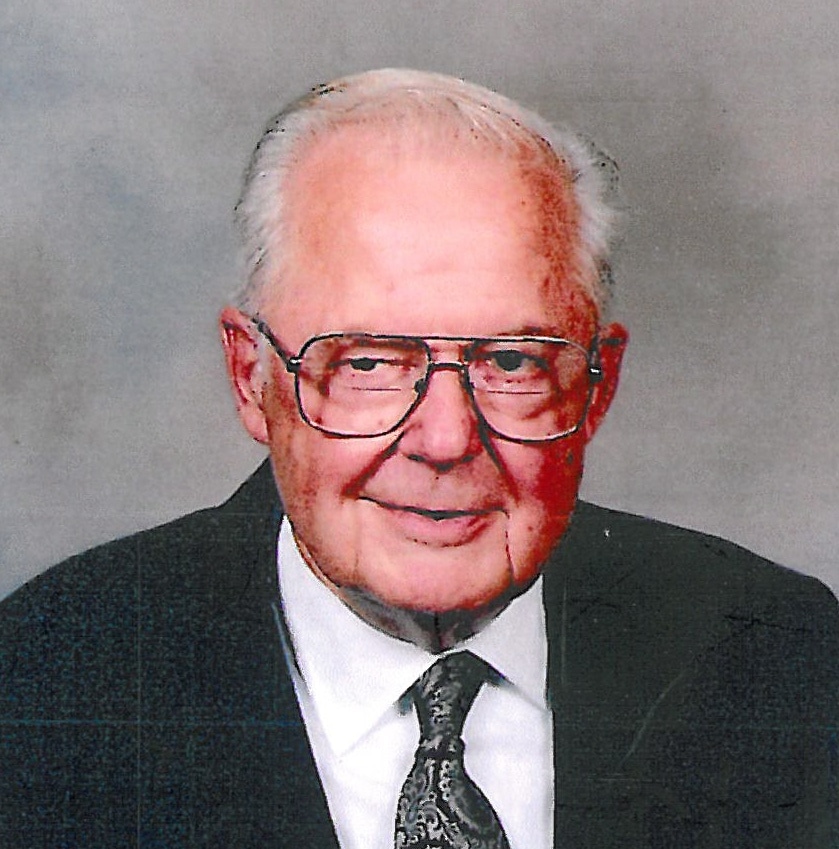 Howard Leslie Scott passed away Tuesday, July 12, 2011 at Hidden Lake Care Center in Raytown.  He was born in Indianapolis, Indiana on March 3, 1924 to Albert and Freeda (Van Benthuysen) Scott.

During World War II Howard joined the U.S. Navy and served as an aircraft mechanic aboard the aircraft carrier escort Shamrock Bay.  After his discharge he attended Rose Technical Institute (now Rose-Hulman) in Terre Haute, Indiana where he earned his mechanical engineering degree.  While a college student he married Carole Janet Campbell.  The couple moved to Raytown in 1958 where he was employed by Western Electric as a Product Engineer in Grandview for several years before career advancement took him to the Lee’s Summit plant and eventually to department chief, machine design.

During his retirement after 33 years of service Howard became very active in numerous organizations and volunteered in many of them.  He was a lifetime member of the Veterans of Foreign Wars Post 4242, the American Legion Post 0021, and the Disabled American Veterans.  Howard also was a member of the Navy League of U.S.A., Shepherds Center of Raytown, Blue Ridge Boulevard United Methodist Church, was active in Boy Scouts and a tribesman of Mic-O-Say.

Services will be held at the church on Saturday, July 16, 2011 with visitation at 4:00 PM and the memorial service at 5:00 PM. Cremation with burial at a later date.