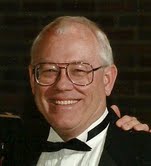 Howard Wayne Dyer, 65, of Bates City and formerly Lee’s Summit, Missouri, passed away due to complications from surgery on April 19, 2012.  A Celebration of Life will be held on Thursday, April 26, 2012 at 7 p.m. in the Fillmore Chapel at Unity Village near Lee’s Summit.  A visitation will precede the service starting at 5 p.m.  His ashes will be spread from an airplane over the beautiful Missouri countryside by his brother David at a later date.  In lieu of flowers, please send contributions to any Vietnam Veteran’s charitable fund or any charitable fund of your choice.

Wayne was born on June 28, 1946, in Kansas City, Missouri, to Hubert Allen and Dorothy Mae (Nichols) Dyer.  He was an entrepreneur, author, poet, salesman, school bus driver, owner of Jack Frost Donuts in Lee’s Summit, and most importantly, a loving husband, father, brother, Gramps, and friend to many.  He also honorably served his country in the United States Army from 1967-69.  He inspired all of those who knew him with his infectious smile, generosity, positive attitude, and gift for humor.  He was preceded in death by his mother, father, and brother Joe. Survivors include his wife of 45 years, Pamela Jean (Fraley) Dyer; daughter Lisa (Jason); son Scott (Susan); grandsons Adam and Zachary; brothers Ron and David; and many nieces, nephews, friends, and kids from his bus routes, all of whom he loved so dearly.