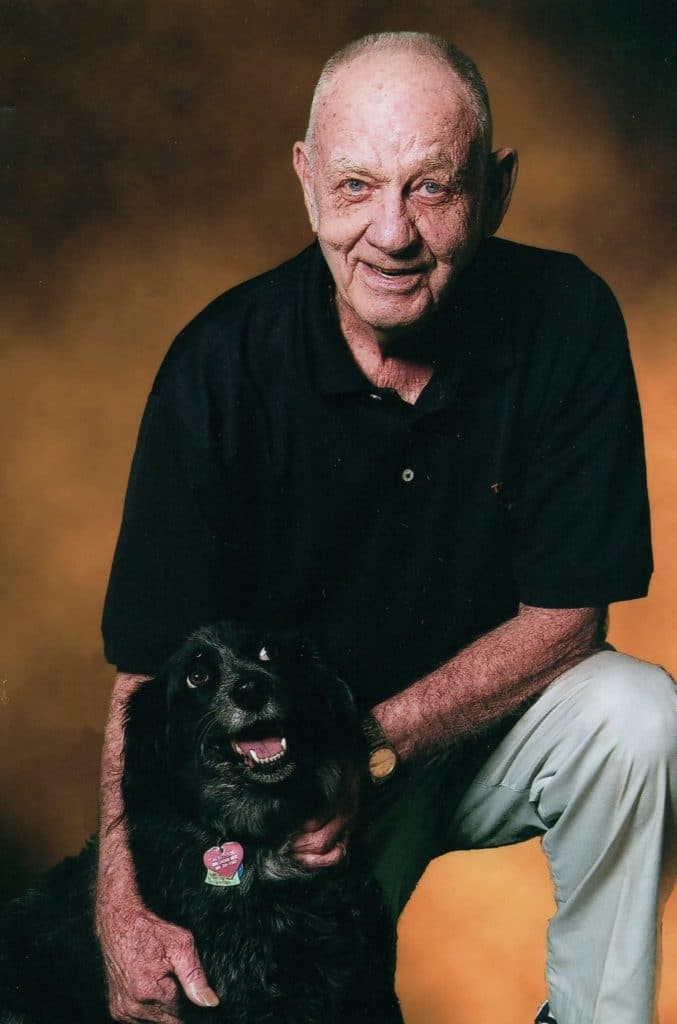 Lowell “Jack” Norman Austinson, 85, Belton, Missouri passed away May 13, 2018 at home surrounded by his daughters, son-in-law and his dog Oscar.  A visitation will be held 9:00 – 10:00 AM, Saturday, May 19, 2018 at Heartland Cremation & Burial Society, 6113 Blue Ridge Blvd, Raytown, Missouri.  Funeral services will follow at 10:00 AM.  Burial in Green Lawn Cemetery, Kansas City, Missouri.  In lieu of flowers memorial contributions may be made to St. Jude Children’s Hospital.

Jack was born September 27, 1932 in Kansas City, Missouri. He attended Southwest High School where he played football.  He married Dolores (Brown) on May 10, 1952 and they were blessed with three wonderful children.

Jack was a Navy Airman who served during the Korean War and then in the Navy Reserves. After his discharge, he worked at various jobs including selling insurance and working as a firefighter.  He became a sheet metal worker in 1956 and remained in that profession until he retired in 1988.  He was a member of Sheet Metal Local No 2.  He received his 60 year pin in July 2016.  He worked for Hennessey Sheet Metal for many years and used some of his creativity on the Hennessey family’s St Patrick’s Parade floats.

He will be remembered for his love of golf, Mizzou Tiger sports, Chiefs football and Royals baseball.  He had a great sense of humor and a kind heart.   Jack and Dolores enjoyed traveling, dancing and spending time as Kansas City Jazz Ambassadors.  They won a few dance contests together.  He was an artist who created many beautiful oil paintings and had a natural talent at landscaping.

Jack was preceded in death by his wife of 55 years, Dolores in 2007 and son Rick Austinson in 1997.  Survivors include daughters and sons-in-law Julie Thomas and Mark Mayeux of Lee’s Summit, Missouri and  Jana and Fred Wisner of Independence, Missouri; brother Dennis and wife Lolly; two grandchildren; four great grandchildren; and his faithful companion, Oscar.