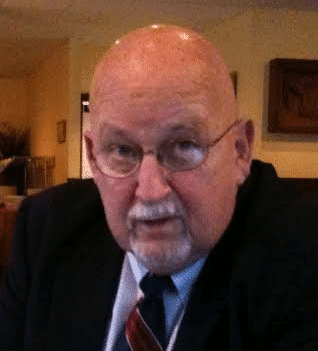 Jim is preceded in death by his parents, Carleton and Margelle Brouhard, his brother Carleton “Butch” Brouhard, his sister Carla Guins, and his wife Yelena Brouhard.

Jim is survived by his wife Irina of Lee’s Summit; his daughter, Kristen Brouhard; his son-in-law Greg Unruh; his sister, Danielle Gemmer; his sister-in-law Mary Alice Brouhard of Lake Charles, LA; and numerous nieces and nephews.

Jim is greatly missed by his wife of four years, Irina. They were married in Kansas City, MO, on March 5, 2011.

Mr. Brouhard was born in Jackson, Mississippi, on January 15, 1945. He lived all over the United States and even spent several years in Japan due to his father’s service in the Airborne Army after World War II. Mr. Brouhard graduated from Salina High School in 1964, and attended the University of Kansas, where he was a member of the Lambda Chi Alpha fraternity. He developed a lifelong love of KU basketball while a student there.  He ultimately obtained his degree from Avila University in 1989. He worked at the IRS for nearly twenty-five years until his retirement in December of 2014.

Jim was certified SCUBA diver and a devout Jayhawk basketball fan. He loved to travel, and he never met a cookbook he didn’t want to sit down with and read cover to cover.

The celebration of life service will be held in the Prayer Garden at the Holmeswood Baptist Church at 9700 Holmes Road, Kansas City, MO, 64131 at 5 PM on Sunday, February 22 with Pastor Pavel Horev officiating. The family will meet with friends from 6 PM to 8 PM at the church.