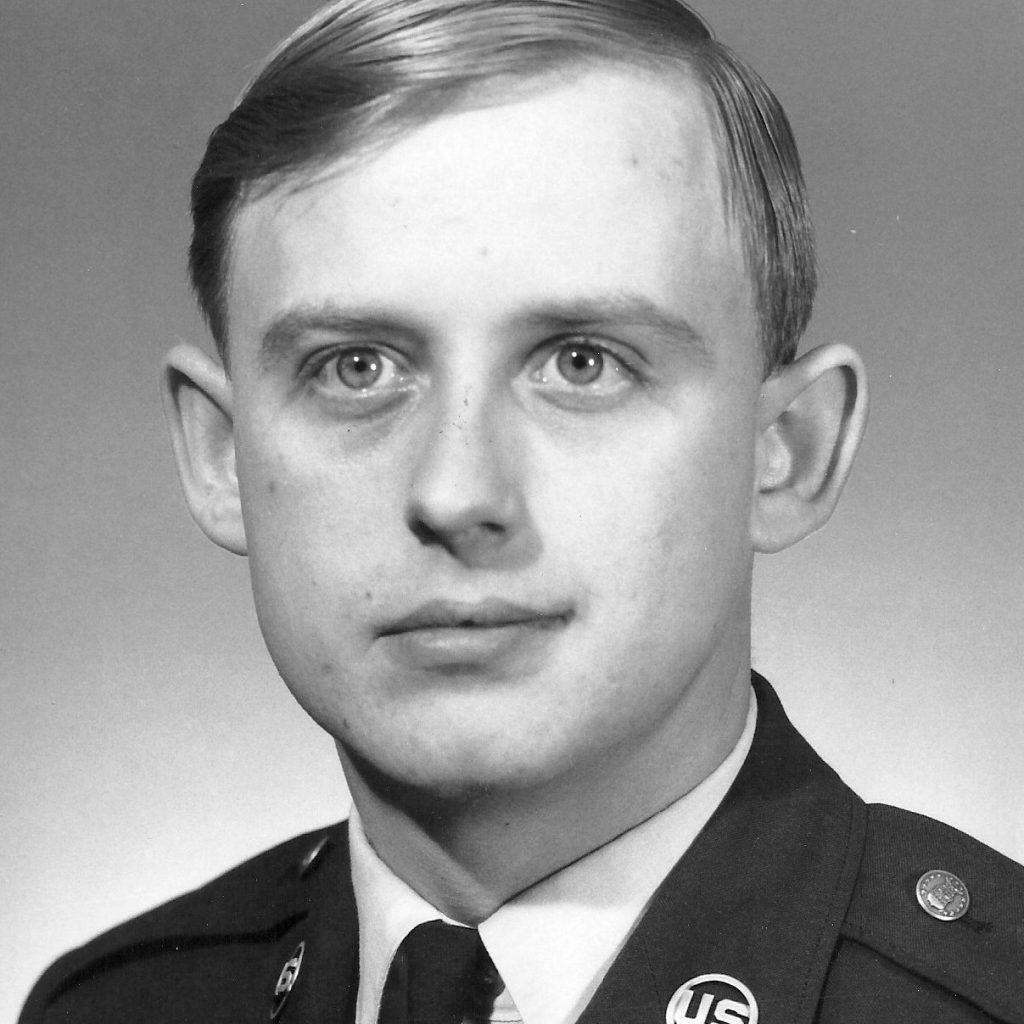 Jim was born on July 9th , 1946 as the only child of Master Sergeant James Earl Sims Sr (retired – USAF) and Ruth Ellen Sims in Washington DC where his father was stationed.

Growing up the only child of a career military father, Jim moved frequently throughout his childhood. He graduated from Ruskin High School in 1964 and went on to earn his Bachelor’s degree in Theatre from Central Missouri State University, graduating in 1969.

While a student at CMSU he met and fell in love with Barbara (Barb) Jo Fallin through their mutual love of theatre during a production of “Mad Woman of Shilo.” They married on June 1st , 1968 and remained together for 54 years.

Jim received a draft notice calling him to military service during the Vietnam war and subsequently chose to enlist in the United States Air Force in February 1969.

While stationed at the United States Air Force Academy in Colorado Springs in February 1972, Jim and Barb gave life to their only child, Randall (Randy) Earl Sims. While in the Service, some of his notable duty assignments included:  Supervisor of Medical Administration Services and the Air Force Academy Theatre Sound and Lighting Advisor to many nationally known entertainers that visited and performed shows for Cadets. His work as Advisor found him lighting shows for artists such as The Carpenters, Tina Turner and one of his personal favorites, John Denver. Jim was honorably discharged from the USAF in October 1975.

Jim and Barb returned to the Kansas City area in 1976, living in Raytown for 40 years before moving to Lee’s Summit and John Knox Village in 2017.

Jim worked many jobs over the years, including Assistant Manager for Thrifty Car Rental, Lighting Technician for SEC Theatre Rental, Parking Lot Manager for Downtown Service, Computer Science Instructor at Wright Business School and for the Metropolitan Community Colleges. He went on to own and operate a Computer System Consulting business, Bard Computers.

Jim and Barb traveled regionally for many years with their son, Randy, breeding and exhibiting purebred Persians and Exotic Shorthair felines in the nationally known Cat Fanciers Association. Jim’s love of cats was apparent throughout his life. Even his final days, he frequently asked about their current fur-child and roommate, Ruby the Cat.

Jim was a member of the Cub Scouts during his youth, attaining Cub Scouting’s highest award, the Arrow of Light. He rejoined Scouting with his son Randy, where he became an active leader with Pack 428, Pack 341, Troop 550 and Venture Crew 2569. Jim served as Webelos Day Camp Director for the Tonka District in 1983 and 1984. He earned his Woodbadge in 1984. Jim entered the Inner Circle of Mic-O-Say in 1986, taking the name Warrior Raising Elegant Shield.  He enjoyed camping with his son Randy and also became active in the Mic-O-Say Dancers in 1988. He used his theatre training to regularly support Dancer performances at the H. Roe Bartle Scout Reservation and throughout the Kansas City area. His theatre talents were instrumental in the design and creation of twelve 14 foot tall puppets that were part of Mic-O-Say’s 75th Anniversary Round-up in April 2004.

Jim loved technical theatre. For many years he volunteered with sound and lighting in the auditorium at Ascension Lutheran Church. His affinity for technical theatre lives on through his granddaughter, Rachel.  Jim’s widely varied interests resulted in numerous hobbies and acquired skills throughout his life. Those included wood carving, games and puzzles, reading science fiction and fantasy novels, and re-writing papers and essays originally written by Barb and Randy for school assignments (sometimes he would even tell them he was going to edit it before he started.) He loved to cook and excitedly shared his secret recipe for Brussel Sprouts sauteed with a generous amount of cooking sherry with his future daughter-in-law, Grennan. He greatly enjoyed volunteering to build elaborate sets for his grandchildren’s music programs, like the giant flying saucer for the Woodland Elementary’s Kindergarten production of the “Mice From Outer Space” and numerous toothpick cacti for the school’s presentation of “Christmas at the OK Corral.” He and his wife Barbara are avid Kansas City Royals fans and would often attend or watch games on TV. He was an exceptional nap taker! Jim constantly amazed and astounded friends and family at his ability to quickly catch a few winks.

His desire to serve those in need was apparent through his care for others.  During his mother-in-law and step father in law’s later years he provided transportation to and from medical appointments and Rotary Club Meetings.

Jim was always willing to give of his time – it was one of his greatest contributions – to be in service to others. He passed that attribute on to his son, Randy. While his path in life has reached its end, his legacy lives on through those he touched throughout his life. Jim is survived by his wife Barbara, his son Randy, his daughter-in-law Grennan, and his grandchildren, Dawson and Rachel and Ruby the Cat.

Jim’s Celebration of Life will be held in the Meadows Community Center room at John Knox Village in Lees Summit, Missouri on Saturday, October 22 nd . Family and friends are encouraged to gather to share stories beginning at 10:00am, with a short service and Mic-O-Say Memorial to follow beginning at 11:00am. The Meadows Apartments are located at 1800 NW O’Brien Road, Lees Summit, Missouri. There is onsite parking in front of the building as well as an overflow lot available immediately to the south across O’Brien Road.

If so inclined, in lieu of flowers, please consider a donation to the Mic-O-Say Dancers or the John Knox Village Foundation.