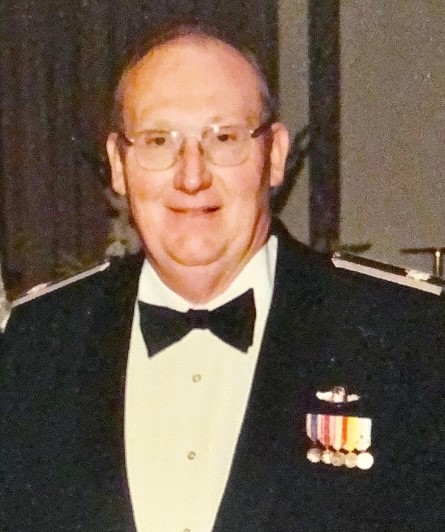 James Franklin “Frank” Seibert, 80, of Columbia, passed away on the morning of Sunday, January 16, 2022 due to complications of CMML-2 Leukemia.

Frank was born at home, in Lansing, Illinois, the middle of three sons to Roland “Dick” and Hazel Seibert. After splitting his education during his formative years in Lansing, Illinois and Dyer, Indiana, he attended Memorial Junior High, and Thornton Fractional South in Lansing, Illinois.  He left for Norman, Oklahoma where he attended OU and spent his freshman year as a walk-on under Bud Wilkinson in 1959.  After six years, a bit of soul searching and short hiatus, he received his Bachelors degree in 1965.  In November of 1966, he joined the Air Force.  In January of 1967, he was sent to training at Mather, Air Force Base in Sacramento, California.  Through mutual friends, he met the love of his life, Pamela Sue Seibert.  They were married on March 23, 1968 at Mather Air Force Base.

His active duty military career moved the couple to Ramey Air Force Base in Puerto Rico, and then again stateside to Loring Air Force Base in northern Maine.  Frank served two tours of duty during the Vietnam war in 1970 and 1972 in the B-52.  After active duty, Frank was in the C-130, but mentioned he’d much rather be in an aircraft that would “shoot back”.

He started his civilian job with University of Missouri Extension and found an Air National Guard Unit in Springfield, Illinois with F-4 Phantoms.  Frank worked as the Director of the Small Business Development Center for over 30 years, and continued to fly the F-4 out of the 110 Tactical Fighter Squadron in St. Louis, Missouri.  He stopped actively flying in 1992 a few months shy of turning 51.  He continued working in the command post until his retirement from the military in 1994 with 28 years of service.

Frank was a kind and caring person and genuinely loved talking to people.  He was always a positive force and a great listener.  He repeatedly would tell us, “Nobody is invisible.”  He often gave far more than he received, and we know that was his preference.

He is survived by his wife, Pamela, and his two daughters: Tara Frearson and Courtney (Chris) Abromovich, one cherished grandson, Charlie, many wonderful nieces and nephews, his older brother, Bill, of Weatherford, Oklahoma, and younger brother Richard (Ann) of Lebanon, Missouri.