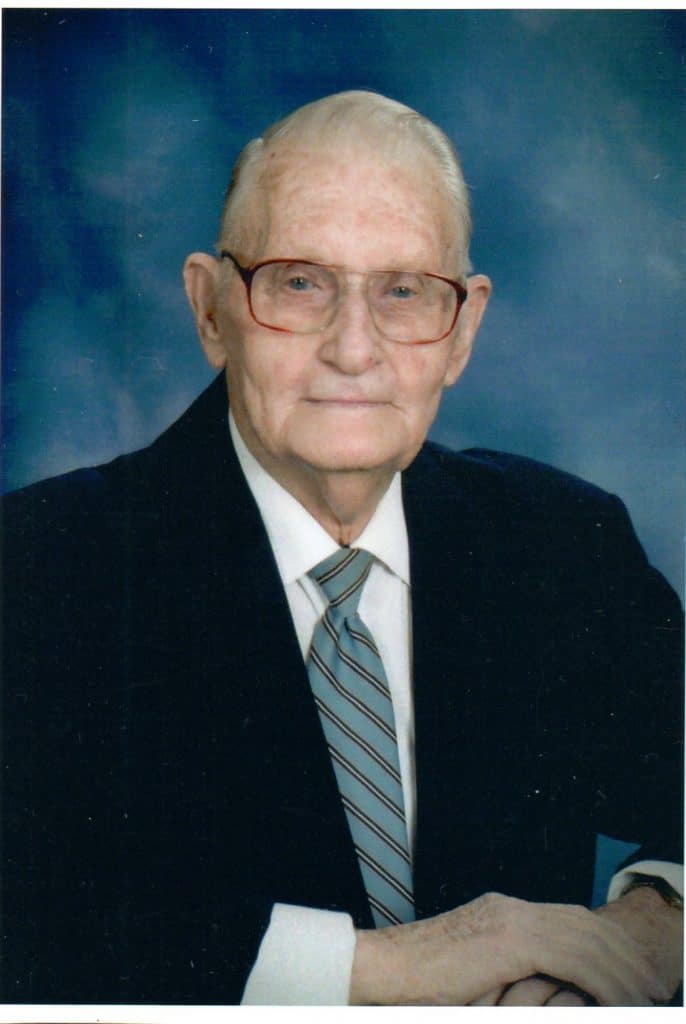 James McPheeters, 98 of Raytown, Missouri was called to his Heavenly home March 1, 2017.  He was born March 2, 1919 in Newton, Kansas, the oldest of eight children, born to Floyd and Grace (Karr) McPheeters.  James was raised a farm boy in Hickory and Dallas counties in Missouri.  Memorial contributions may be made to Blue Ridge Blvd United Methodist Church.

James was a proud Veteran of World War II, serving the in the Army for four and a half years.  After arriving in England, he was a part of the D-Day invasion on Normandy Beach.  In all, he received five Bronze Battle Stars for his five campaigns in Europe.

Following the war, James went back to farming in Urbana, Missouri and in 1954 moved to Raytown, Missouri with his wife and children.  He was a faithful member of Blue Ridge Blvd United Methodist Church for 60 years.  James retired from Consolidated Freightways in 1981 and joined the newly formed Teamsters Retirees Club.  James and his wife loved to travel and joined the “Snowbirds” for 25 years, where they spent their winters in Arizona for many years.