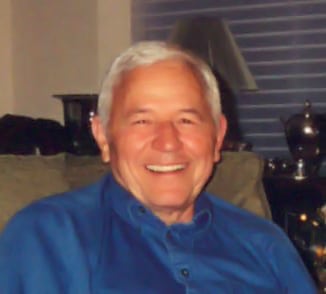 James P. “Phil” Mitchell passed away quietly in his home, surrounded by family, June 28, 2021. He was born in Wellington, KS on March 3, 1932 to Everette J. Mitchell and Lucile (Ellis) Mitchell. He is survived by his wife Kathryn L. “Lu” Mitchell, his daughter Laurie Mitchell, both of Kansas City, his son Steve Mitchell and daughter-in-law Carrie Mitchell of Albuquerque, NM, many nieces and nephews around the country and granddaughters Holly Beeson, Lainie Kitzmiller and family.

Phil was a proud graduate of Kansas State University where he studied accounting. His college studies were interrupted after two years by his enlistment in the United States Air Force. Upon completing his service, he returned to K-State, graduating in 1958. One day after graduation he began his accounting career with Haskins & Sells in Kansas City. In 1962 he accepted a position with the City of Independence, advancing to Director of Finance. He later became Director of Revenue for Jackson County and was proud to be involved with financing the construction of the Truman Sports Complex as one of his many accomplishments.

After his retirement, Phil and Lu were able to enjoy traveling abroad with family, brother-in-law and sister-in-law, John and Rubie Hokanson. He also enjoyed visiting family members around the country, living in and walking the neighborhoods near the Plaza, and attending a variety of arts performances. He enjoyed theater and concerts at the Kauffman Center for the Performing Arts, and many other venues around the city. He particularly enjoyed performances of the KC Chorale, the KC Symphony, attending KC Royals baseball and K-State football and basketball games.

Family and friends will miss discussions about current events, community and political trials and tribulations, and new cultural happenings. Those conversations were frequently enhanced with his calming demeanor and quick, if sometimes quiet, wit.

Details on a celebration of life will be announced at a future date.