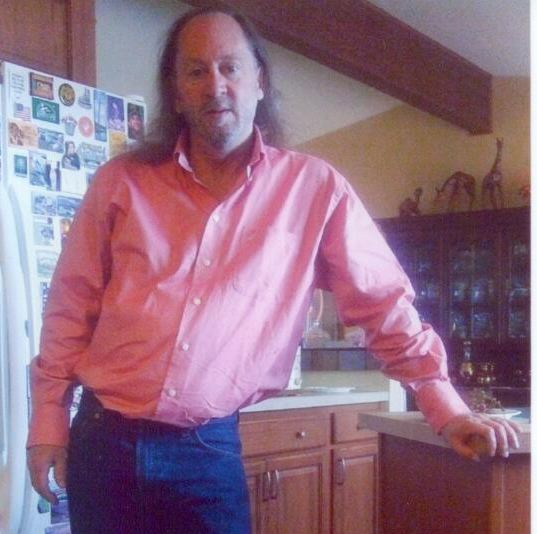 James Stephen Adams, 55, of Columbia, Missouri passed on October 16, 2013 in the Harry S. Truman Veterans Hospital in Columbia. Born in Richwood, West Virginia, November 14, 1957,  Steve was a long time resident of Rolla, MO, a graduate of Rolla High School.  He studied Accounting and Computer Science at Ricks College in Idaho and BYU in Provo, Utah.  He was a martial arts instructor and taught this art for two years in Provo.  He was honorably discharged from the US Army after serving four years as a Military Policeman in the United States and Germany.  Steve was an active member of NAMI and taught classes in the Rolla area, as well as a class facilitator at Pathways in Rolla for several years.  He served five years on the Board of Directors for Tri-County Center for Independent Living, three of those as President of the Board.  Steve is survived by parents:   James Adams and Hazel (Phillips) Adams of Lavon, TX.   Six brothers and sisters: Michal Creager of Rolla, MO; Shuzette (Jerry) Bailey of  Lavon, TX;  Jason Adams of Rolla, MO;  Jessica Adams of Rolla, MO;  Jacqueline Adams of Kyle, TX; and Jordan Adams of Corona, CA.  Three children: Sean (Judy) Simpson and grandchildren, Mckenzie, Austin, Jaida, and Ava of Pelican Rapids, MN; Megan (Paul) Beyl and grandchildren, Madison, Gavin, and Damian of San Diego, CA;  Heather Barreth and grandchildren, Dylan and Lillianna of San Diego, CA. He has many nieces, nephews, aunts, uncles, cousins and close friends including Ann Anderson of Columbia. A memorial service will be held in Rolla at a future date.  Steve will be interned in Lake Springs Cemetery, Lake Springs, MO.  In lieu of flowers, make contributions to the Association for Disabled American Veterans at www.dav.org/.