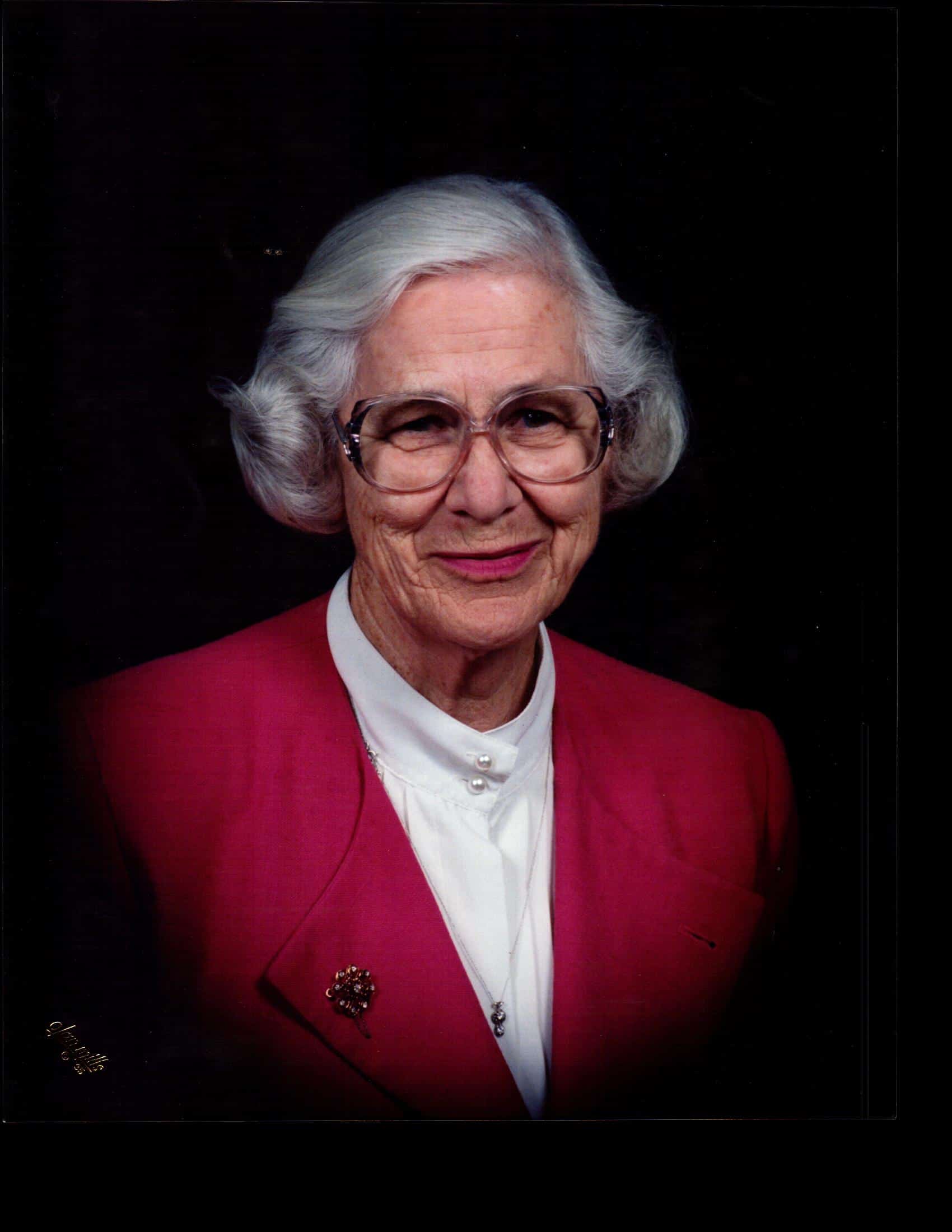 Jane Carolyn Erb Woolford, 98, daughter of Robert Collins and Carrie Chapin Erb, was born September 23, 1916, in West Plains, MO.  She died in Columbia, MO on June 10, 2015 surrounded by family.
Jane was the oldest of four children and grew up in Cedar Gap, MO on the family’s apple orchard.  The family later moved to Olden, MO.  She graduated from Willow Springs High School and later attended college at the West Plains campus of SMS (now MSU).
Jane worked as a telephone operator in West Plains.  She married Flint Kelly in 1938, and they operated the Skelley Oil Station.  The couple had one daughter, Elizabeth in 1943.  Flint died shortly after their 25th wedding anniversary.
Seven years later she married Raymond Woolford and moved to Springfield where she spent the next forty years.
Jane was very active in All Saints’ Episcopal Church in West Plains, serving on the Alter Guild and Bishop’s Committee, singing in the choir, and teaching Sunday School.  After moving to Springfield, Jane joined Christ Episcopal Church where she was currently the oldest living member.  She volunteered at Next to New and was a member of St. Mary’s Guild.
Jane was active in the FDR Club, Springfield Art Guild, Twin Oaks Country Club and was an avid supporter of both the MSU band and opera programs.  Jane was a believer in education and provided financial support for many relatives, neighbors, friends and MSU music students.
Jane was preceded in death by both husbands and her brother, Louis Erb.  She is survived by her daughter, Elizabeth (Dennis) Richard of St. Charles, MO and two grandchildren, James (Heidi) Richard of Los Angeles and Jill Richard of Chicago; step-daughter, Jackie Monaco of Vista, CA and children, Susan, Robin, and Mark.  She is also survived by her sister, Margaret Heckendorn of Flower Mound, TX, her brother Albert (Betsy) Erb of Columbia, MO, two nephews, four nieces, many cousins, and two great grandchildren and several great-great grandchildren.
Burial will be in Oaklawn Cemetery in West Plains.