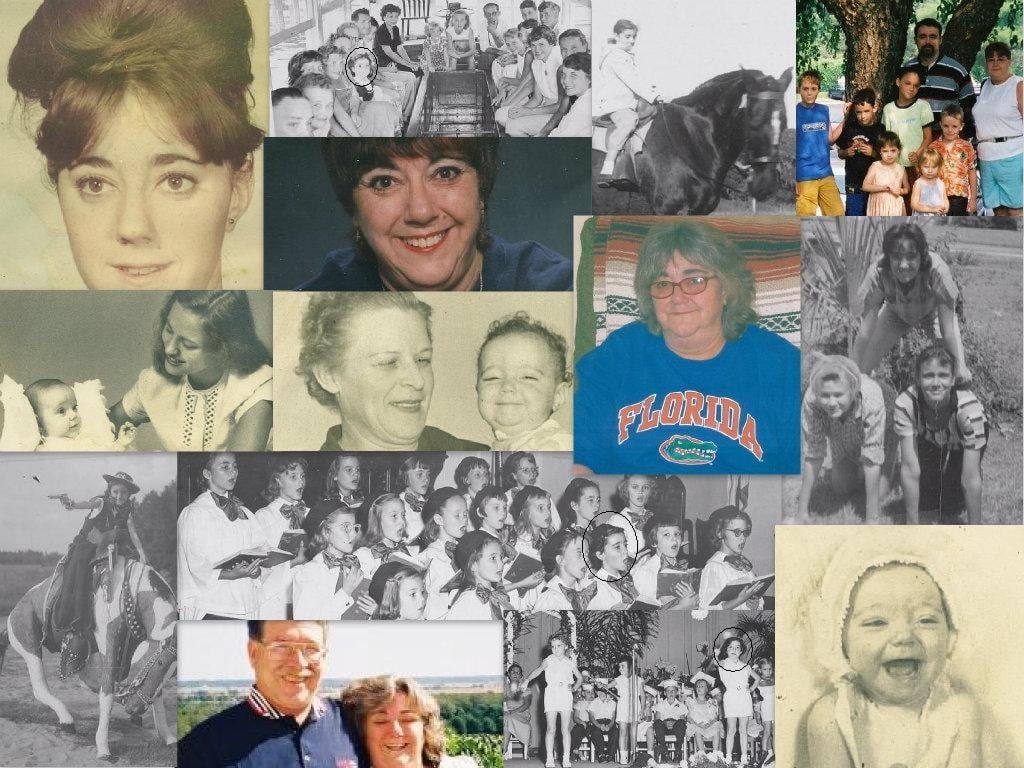 Sarah Jane Horne had a glorious childhood.  She grew up on a horse farm in Ocala, FL, and even had her own horse named Kandy Komfort.  Ocala is a sun-drenched, idyllic town in north central Florida which still retains the charm and graciousness of the “Old South” way of life.

Her parents nourished Janie’s warm personality and taught her the value of being concerned for others, a lesson she lived every day of her life.  Janie graduated from two Ocala elementary schools and later graduated from Montverde, an elite academy for young ladies at the time.

Adversity struck when both of her parents passed away too soon while Janie was still a teen.

In 1968, at the age of 20, Janie had her one, and only child, Raymond.  A single mom, Janie always managed to make a good life for her son in the Bradenton and Sarasota area on the gulf coast of Florida.  When the job market went bad in Florida, Janie packed up her son and pets and moved to Houston, TX in 1975.

She met and later married David Daniels, with whom she stayed married for more than 20 years.  In the early years with David, they lived in Houston, then moved to Jackson, MS.  They later moved back to Houston and eventually up to Kansas City, MO.

Despite developing her interest in her late 20s, Janie had an unwavering loyalty to her sports teams.  The Dolphins, Oilers, Saints, and Chiefs; the Astros and Royals; the Texas A&M Aggies, Rice Owls, Houston Cougars, and Missouri Tigers…  But make no mistake – her #1 favorite team of all time was the University of Florida Gators!

Cheering for her favorite teams, spending countless hours on her cross-stitch projects, and caring for her pets were her preferred ways to relax, but her passion was her family.

In 2002, Janie “met” a school teacher named James Reilly on a Christian website.  For 6 months, they corresponded daily by email.  Finally, they met in person and they married in September 2003.

Janie’s health, never robust, took a turn for the worse and she had to take early retirement from Research Medical Center in 2008.

Jane stayed active in her church, supported her community, and doted on her husband, son, and grandchildren, even in declining health.  On the evening of June 12, Janie’s health failed for the last time and she passed away to meet her Lord and Maker face to face.

In lieu of flowers, the family asks that you make a donation in her name to the charity that means the most to you.  All remembrances are greatly appreciated.