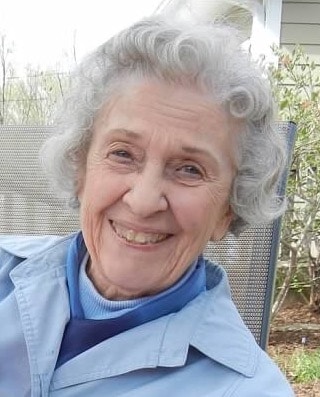 Jan Yates, 90, passed away on Monday, August 8, as a result of congenital heart failure. Both of her daughters were with her. The memorial service will be at the Epple Chapel at Lenoir Community Center, Columbia, Missouri on Saturday, August 20, at 4:00 PM.

Jan was born in Lawrence, Kansas on September 21, 1925. In 1947, she graduated from the University of Missouri and married J. W. (“Dub”) Yates. They had two daughters, Nancy Knipping of Columbia, Missouri, and Ann Mertz of Buena Vista, Colorado.

Her career began as a kindergarten teacher at Robert E. Lee Elementary School in Columbia. After her children were in elementary school, she earned a master’s degree from the University of Kansas and became a special reading teacher. In 1964, she became an academic advisor at Southern Illinois University in Carbondale, Illinois.

In addition to her daughters, she is survived by four grandchildren, Jonathan Knipping; Kevin, Emily and Andrew Mertz; and three great grandchildren, Jasmyn Knipping; Spencer and Samantha Mertz. She and Dub moved to Columbia in 2007.

Online condolences can be left for the family at www.heartlandcremation.com. In lieu of flowers, the family would appreciate donations in her name to the Child Fund International, www.ChildFund.org, or the Breast Cancer Aid & Research Institute, <www.breastcancerinstitute.org>.