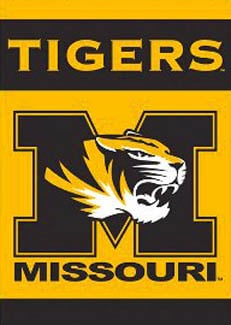 Mizzou is without one of its most devoted Tiger fans.  Jeffrey Alexis Delsemme passed away peacefully at his home on September 25, 2013 with a dear friend and family members.

Jeff loved his career as a manufacturer’s representative for The Hammond Group.  He was an avid fan of many sports and his knowledge was rarely rivaled.  He particularly loved his Mizzou Tigers.

Spending time with his daughter, Ava, was something Jeff adored.  He and Ava shared an appreciation of music, Broadway musicals, old television series, reading, and puns.

If you knew Jeff, his humor was laser quick, his mind for trivia and cultural literacy was unmatched, and his love for his girls unfaltering.

Those left behind missing Jeff are his wife Deborah and daughter Ava; his sister Caroline Delsemme; his father, Doug Delsemme and his mother, Janet Delsemme.  Jeff also leaves behind many other dear friends and Tiger fans.

In lieu of flowers, donations may be made to the education fund for Ava Delsemme with checks made payable to Waddell and Reed and sent to the home.  Donations may also be made to the Tiger Scholarship Fund in memory of Jeff.  Checks made payable to the University of Missouri, in the memo TSF/Football Operations, sent to the Attn: Brandon Barnes, Mizzou Arena 1 Champions Dr. Suite 200 Columbia, MO 65211-3080.

Family and friends will gather Saturday evening at Westport Flea Market around 5:30 or stop by anytime, to watch Mizzou win, reminisce, and have some good laughs.