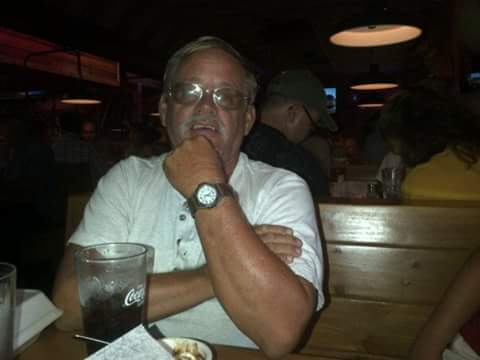 Jeffrey Lynne Leith, 61, of Columbia, died at his home on Friday, July 8, 2016. Graveside services will be held at 11:00 a.m., Friday, July 15, 2016 at the Midway Locust Grove Cemetery, 2600 N. Locust Grove Church Rd., Columbia, MO 65202. Jeff was born on July 26, 1954 in Wyoming, NY to the late Grove and Arlene Leith. Jeff is survived by his wife Lisa Leith, stepson, Robert Trumbette and his mother in-law, Marian Cassel both of Burlington, NJ, siblings, Naomi Smith of Lexington, VA, Jo York of Batavia, NY, Dean (Meeli) Leith of Averill Park, NY and Duane (Reva) Leith of Dunn, NC. Jeff is also survived by his sister in-law Georgette (Angelo) Neorladakis of Trenton, NJ, his uncle Lawrence Flaitz and his aunt & uncle, Ralph & Edie Young all of Columbia as well as many neices & nephews. Jeff is preceded in death by is Sister Sandy McGowan as well as his father in-law, George Cassel. Instead of flowers memorials are suggested to the family of Jeff Leith, which will then be forwarded on to various animal shelters nationwide, per his request.