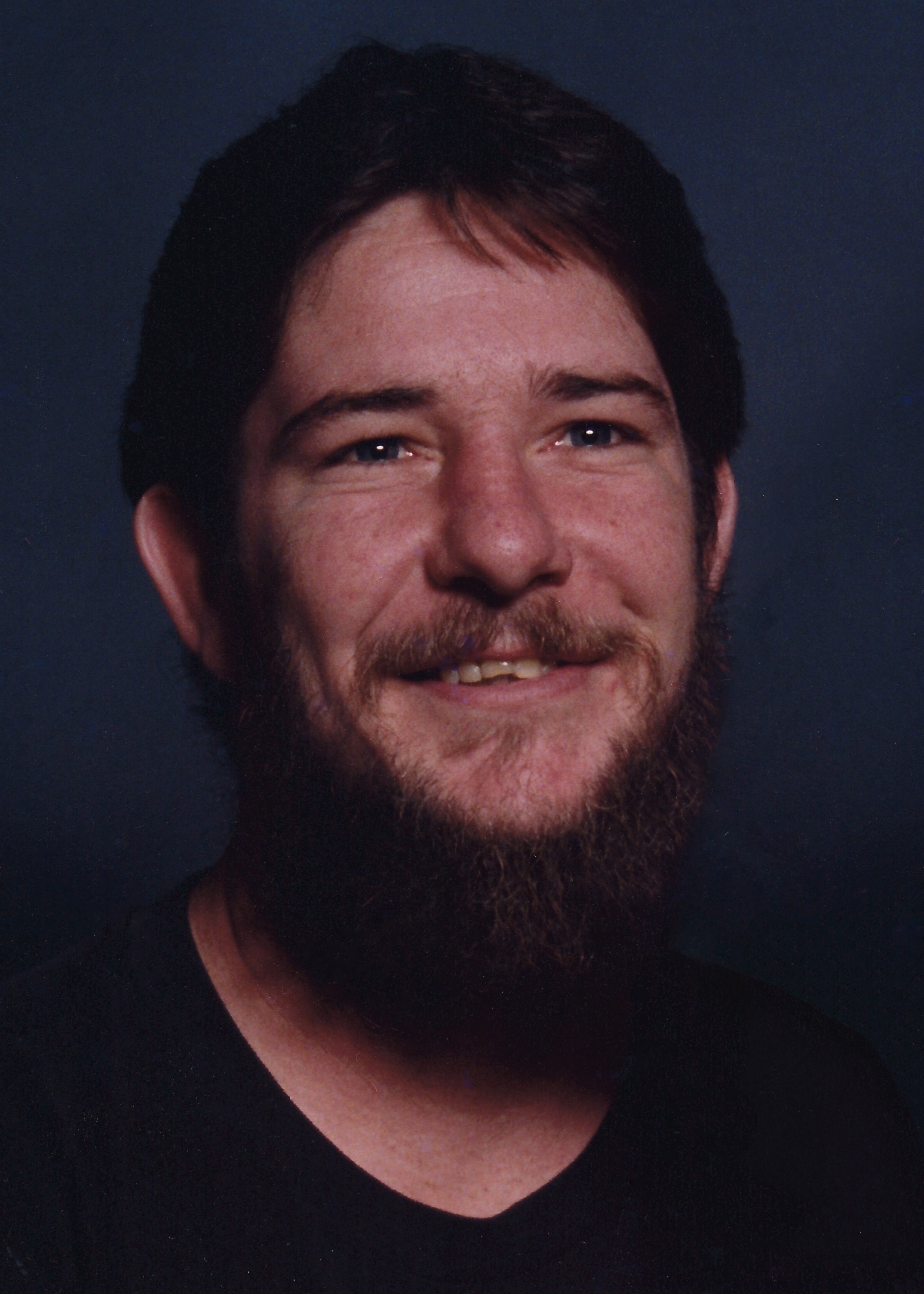 Jeffrey Wayne Singleton went to Heaven on June 17, 2013 after a five-year uphill battle with cancer.  Living up to his nickname, “Scrappy,” he was determined to win this fight, but the Lord had other plans.Jeff was born February 1, 1958 to Joanne (Pouche) Shank and Harold Singleton, Jr. of Independence. He attended Van Horn High School and worked as a roofer for many years.
Never one to turn down an adventure, Jeff hopped trains to California to visit his aunt when he was 17.  He liked playing Spades with his brothers, sister and friends; listening to music, especially classic rock; dancing; and joking around.  He was an excellent roller skater, and, in his youth, he could out-limbo almost everyone at the roller rink. Jeff also enjoyed fishing, hunting and antiquing. He loved all animals, but especially his dogs.
Jeff acknowledged he could have made better decisions in his life and accepted Jesus Christ as his Lord and Savior in 2007.  He was baptized on June 5, 2013.
In Heaven, Jeff is with his father; his maternal grandparents, Rudy and Violet Pouche; and his paternal grandparents, Harold and Elsie Singleton. Surviving family members are his son Jeffrey, Jr.; grandson Waylan; mother Joanne; brothers Kevin and Greg Singleton; sister Kim Chronister; and many  aunts, uncles, nieces, nephews and cousins.
Visitation will be held at 10 a.m., June 29, 2013 at Maywood Baptist Church, 10505 E. Winner Rd., Independence, MO. Memorial services will follow at 11 a.m. In lieu of flowers, the family requests that memorial donations be made to Kansas City Hospice and Palliative Care.