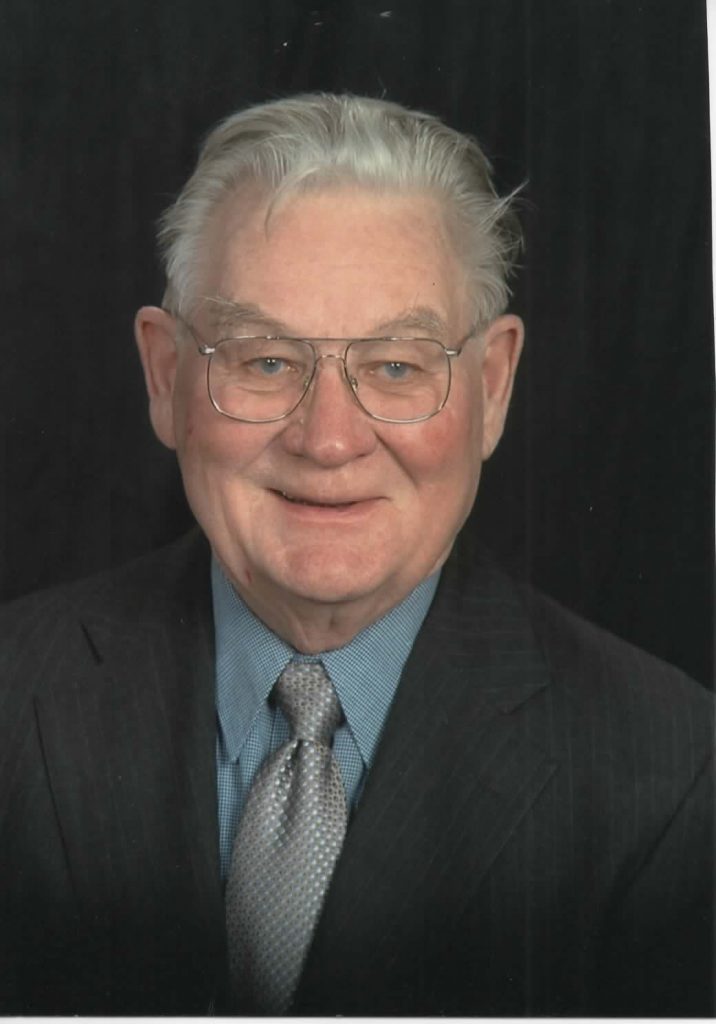 Jerome William O’Laughlin, 90, of Columbia passed away Tuesday, February 2, 2021 at the Bluffs.

Jerome (Jerry) was born February 25, 1930 in Shakopee, MN to William and Margaret (O’Brien) O’Laughlin.  He attended the University of St. Thomas in St. Paul, MN where he received his bachelor’s degree in Chemistry.

He was offered a position with the Ames, Iowa Laboratory of the United States Atomic Energy Commission in 1952 and moved there with his new wife Marjorie (Nikki) Hirscher O’Laughlin. While working for the Atomic Energy Commission he attended graduate classes at Iowa State University, where he earned his MS & Doctorate Degree in Organic Chemistry. Jerry was a member of the Sigma Xi honor society, belonged to numerous professional organizations, and had considerable experience directing and conducting research.

In 1970 Jerry moved his family to Columbia, MO where he began his teaching and research career at the University of Missouri in the Department of Chemistry. During his 20+ years as a faculty member at Mizzou & his 19 years at IA State University he authored or contributed to more than fifty research articles and book chapters and provided mentoring for many graduate and undergraduate students.

Jerry enjoyed photography, golfing, swimming, fishing, reading, and traveling.  He and his wife Nikki traveled to China, Canada, Eastern and Western portions of Europe, and various areas of interest in the U.S.

He was proceeded in death by his parents, brother Tom O’Laughlin and sister Peggy McElligott.

Due to COVID 19 a service will be held at Our Lady of Lourdes Catholic Church at a later date.

Memorial contributions may be made to the Alzheimer’s Association.